The Ultimate Loot Chest pre-order bundle for Borderlands 2 has become a sought after items among fans of the franchise because of the titular container. The remaining units of the bundle are selling for way higher than its original price of $150. Luckily for fans Gearbox has stepped in with another bundle that includes a loot chest. 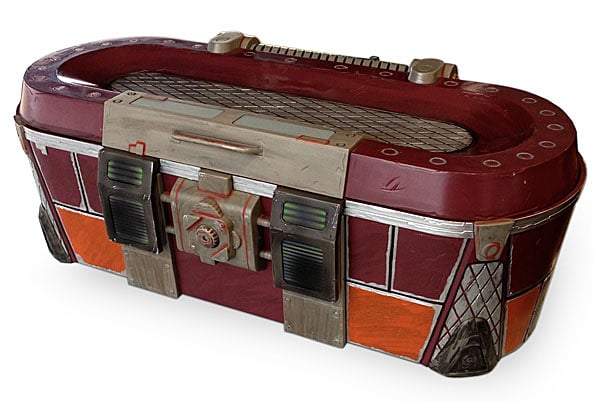 The new Borderlands 2 Diamond Plate Loot Chest doesn’t come with a copy of the game, but it makes up for it with a ton of other goodies, including a replica of the Goliath mask, a code for an in-game Goliath head so your characters can match your new gear, 20 cards with codes for Legendary items, four Wanted posters featuring the playable characters, window decals featuring the weapon manufacturers and of course the sweet loot chest itself. 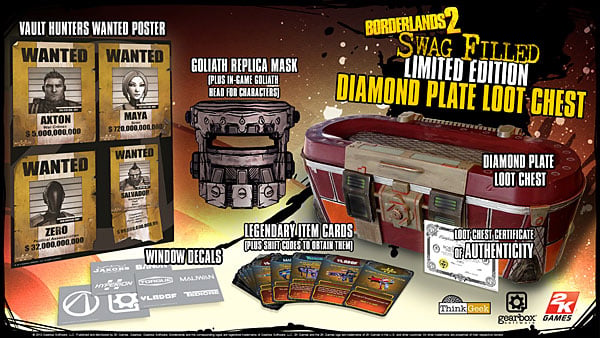 The bundle will be sold at ThinkGeek, at the Gearbox shop and at Forbidden Planet for $100 (USD) starting June 2013. As Travis B mentioned in the comments, Gearbox will mass produce this bundle. The only thing that’s unique to the first 5,000 units will be the certificate of authenticity. Thanks for the heads up Travis B!