There’s something about a nicely-designed station wagon. Maybe it’s because of all of the Audi Allroads I’ve been seeing, but they make appealing vehicles, especially if you have to lug a lot of stuff around and you don’t want a full-on SUV. That being said, if you’ve got the means, you can still go around with style and speed, thanks to the folks at Callaway Cars. 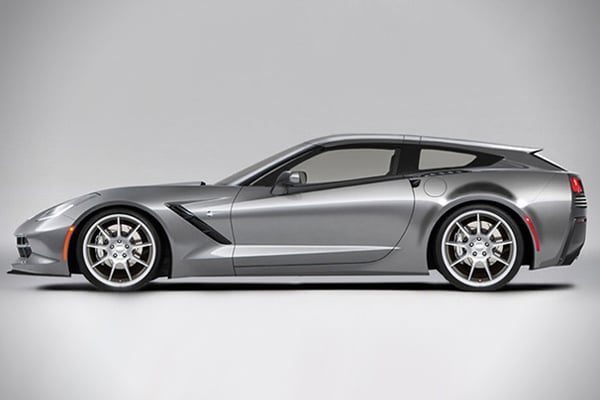 The Corvette Stingray Shooting Brake Aerowagon is based on the newly released 2014 ‘Vette, and it features are rear hatch that still manages to make the overall vehicle look quite aggressive. The body is constructed from a lightweight carbon fiber. It can still attain a top speed of 200 mph and it’s got enough room for your groceries in the back.

For now, this is just a concept, but their goal is to make this a $15,000 add-on for the 2014 Corvette. That’s actually not that bad, all things considered.