Octopus Tentacle Plunger: If It’s Orange, Flush it Down!

I was going to say something about this thing sucking, but I figure we’ve used that line too many times before. But if you were to sit on the toilet and have this octopus tentacle reach up from the bowl, it wouldn’t exactly be a pleasant experience – unless you’re into that sort of thing, of course. 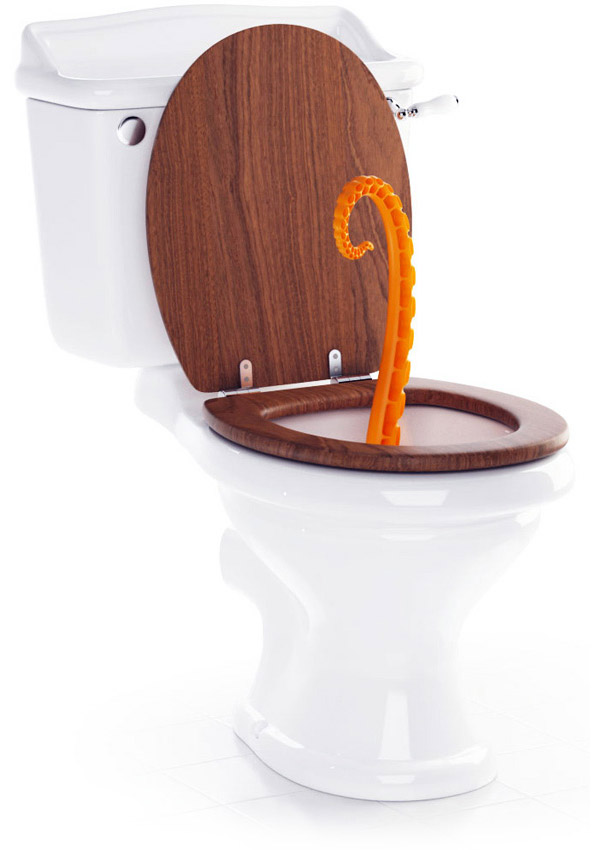 The hilariously warped Oktopus toilet plunger is one of the latest gadgets to come from the creative minds of Art Lebedev Studio. The curl at the end of its singular orange tentacle serves a practical purpose as a grip for all of your plunging needs. It’s made from plastic with a silicone suction cup at the end. No, the tentacle suckers don’t actually stick to anything, but it would be cool if they did. 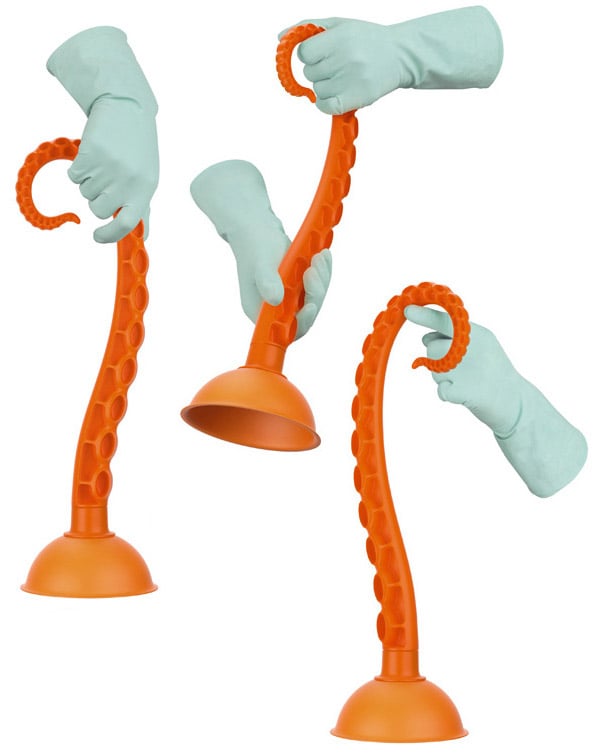 At this point the Oktopus is still a concept design, but I have little doubt that Lebedev and crew are working on a way to put it into production.

The only problem with this thing is that you don’t really need to leave it in your toilet all of the time. I suppose you could at least put it out for guests.