I’ve got a confession to make to my wife. Without her approval, I’ve been gradually transforming our basement media room into a shrine to all things geeky – with a decided tilt towards retro video games. I now know what pillows I must purchase for the couch. As a matter of fact, I just paid for them as I write this. 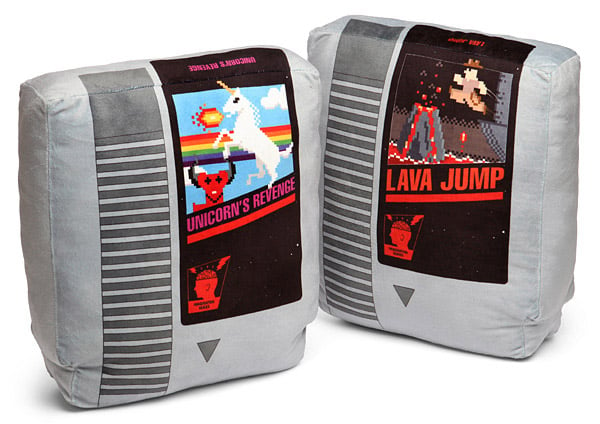 These awesome retro pillows look like classic NES game cartridges – though they feature some non-existent games on them – presumably because nobody wanted to pay Nintendo some exorbitant licensing fee. At least I don’t remember playing Unicorn’s Revenge or Lava Jump on my old 8-bit system. But then again, my brain might have been deprived of oxygen from blowing on all of those cartridges. 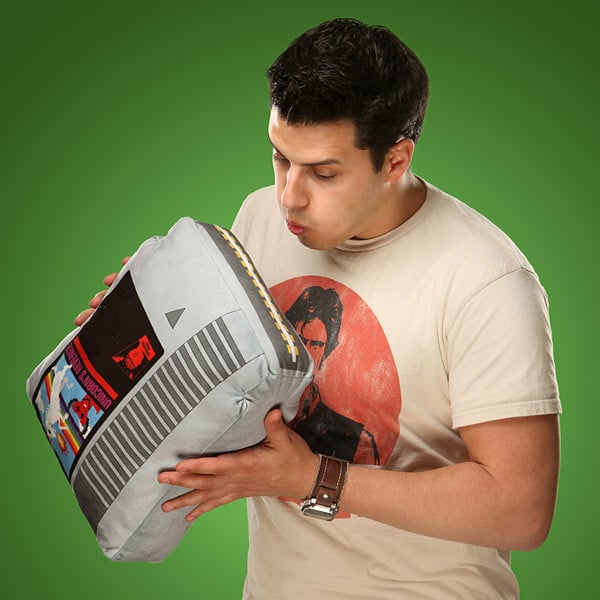 The pillows are made from polyester, and they measure 14″ x 12″ x 3.5″ each, which makes them too big to cram into your console, but much more comfortable than sitting on a stack of actual cartridges.

You can order a pair of the Retro Video Game Pillows over at ThinkGeek for $34.99(USD). Now when can I have some Atari 2600 cartridge pillows?