Foot-based controllers are nothing new; perhaps the most famous example would be the dance pads for Dance Dance Revolution games. Some of you may also remember Nintendo’s Power Pad, which was introduced back in the late 80s. But the soon to be released Stinky controller has one simple but very significant advantage over its predecessors: it’s much smaller. 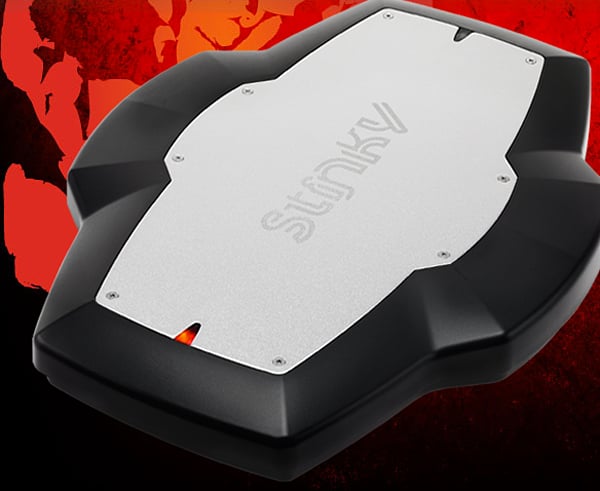 Invented by Stelulu Technologies, the Stinky is basically a directional pad for your feet. DDR pads have nine sections, but the Stinky should be more useful even if it only has four buttons because all of those buttons are within reach of your foot. It will come with a Windows program so you can configure its keys. Speaking of which, the Stinky’s buttons are Cherry MX switches, the kind used in mechanical keyboards. You’ll also be able to adjust the tension on the buttons with different removable springs.

Even if hardcore gamers are not as stoked by the Stinky, I’m sure that many disabled gamers will consider getting it as an alternative controller. As mentioned in the video the Stinky will be available July 2013 for $119 (USD), but Stelulu will also set up a Kickstarter soon where backers can snag one for as low as $89. Head to Stinky’s website for more info on the controller.