I’ve never been a fan of Hello Kitty, the little kitty turns up on some things that are cute and cuddly and others that are just plain bizarre. We’ve seen the kitty adorn everything from adorable flash drives, to creepy chainsaws, to Darth Vader in the past. One of the strangest uses for Hello Kitty I’ve seen comes in the form of a cartoon that’s coming to The Hub Network. The cartoon has a working title called KISS Hello Kitty. 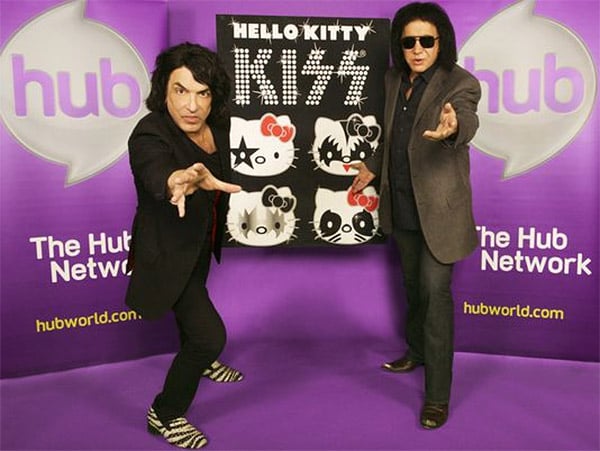 The series will be based on the oddly successful KISS x Hello Kitty line of products from Sanrio. I don’t exactly think KISS when it comes to kids’ entertainment programming. However, many of the cartoons on TV today aren’t aimed at kids in the least.

The cartoon series will follow four KISS x Hello Kitty characters living the rock ‘n roll dream. The series is currently in the initial stages of development with Gene Simmons slated to be one of the executive producers on the show. There is no indication yet when the show will air.