If the folks behind Sandboxr have their way, someday you won’t have to wait or hunt for figurines of your favorite game character. You’ll just log in to a website or even a mobile app, pick the character and order a 3D printed statue of it. You’ll even be able to customize its pose and accessories. It sounds too good to be true, but you can help make it real. 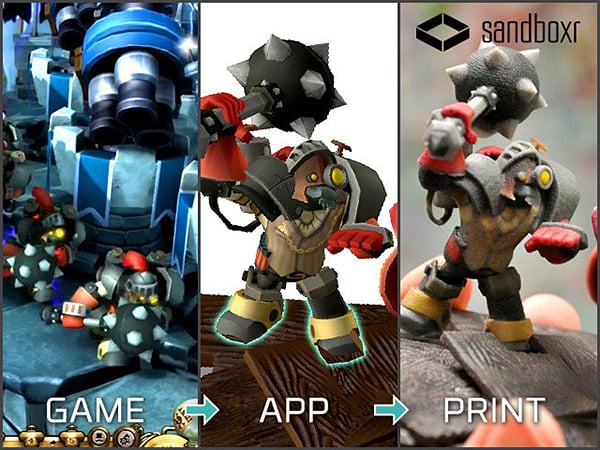 3D printing your own figurine is nothing new. Some of you may have used FigurePrints to get a replica of your Minecraft world or World of Warcraft character. Last month we also featured Autodesk123D Creature, which lets you make your own character and then order a 3D print right from your iPad. What should set Sandboxr apart are two things. First and most important of all is the company’s dream of becoming a central platform for 3D printing videogame characters, like a Steam for videogame figurines. 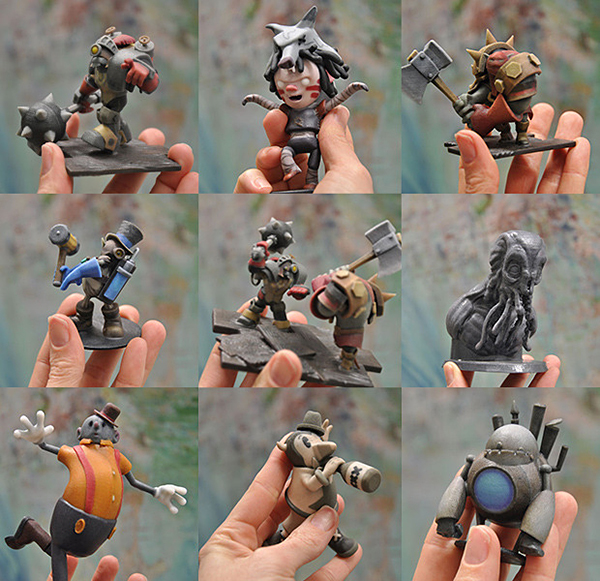 MAKE has a neat example of how Sandboxr could be integrated into videogames: “Imagine a game where every time you defeat a boss, you unlock that character’s model in Sandboxr. You can then order a print as a trophy rack, or fashion them wearing a tutu, signifying your total dominance of your enemies. Or a game could allow you to pose and outfit your in-game character in their best gear.” How awesome would that be?

The second potentially big thing about Sandboxr is in how it lets you tweak character models before you have them printed. They made it so you can run through a character’s various animations and then freeze the pose that you like. Imagine having your own unique Link statue. Or owning statues of the Team Fortress 2 characters in hilarious poses.

Right now Sandboxr is in closed beta, which you can get into by pledging at least $5 (USD) into their Kickstarter. As of this writing they’ve only raised a little over $14,000, way below their $125,000 goal. But the state of their Kickstarter is not why I’m not so optimistic about this service. It’s just that I don’t see major game publishers partnering with Sandboxr. Why would they do that when they can start their own similar service and keep all the money for themselves?

Indie games could be all over Sandboxr, but they don’t have the reach or appeal of mainstream games that Sandboxr needs to grow and prosper. For example, Sandboxr has already partnered with Supervillain Studios, maker of Tower Wars, Order Up! and Fat Princess. They’re good games, but I’m sure more gamers would rather order a Magikarp, Nathan Drake or Master Chief statue. Without in-demand game characters, Sandboxr loses much of its appeal.

But I am wondering if Sandboxr can become the deviantART of 3D models, i.e. a community of artists who upload “fan-made 3D models” of copyrighted characters that people can then order as statues. Or will deviantART get there first?