There are clearly some executives at Walmart who have never actually ventured into one of their stores to see some of the unusual customers who frequent the world’s biggest retailer. While the vast majority of people in Walmart stores are reasonably normal, but there are a select few that nobody wants to see… Ever. That isn’t stopping Walmart from considering an interesting way to get online orders to people more quickly and at a lower price. 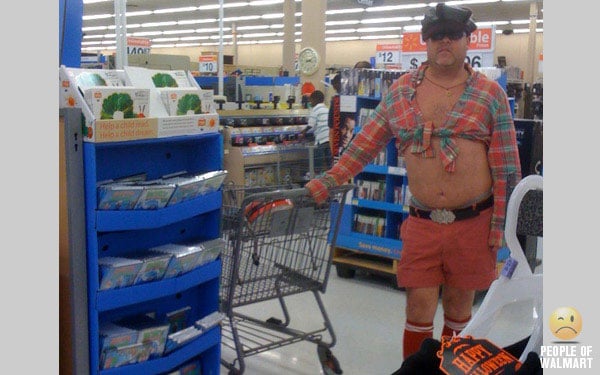 Walmart executives are reportedly considering a crowdsourced delivery service. This delivery service would allow Walmart customers to pick up other people’s packages and deliver them to the people on their way home. Apparently, the idea is that Walmart would offer the customer delivering the package a discount on their purchase for doing so.

I can only imagine one of the many People of Walmart turning up at your door with your online order in hand – if they don’t steal it first. Walmart executives say that the crowdsourced shipping service is feasible and could turn up in the next few years. I think I’ll pass.