In a club far, far away, Marco of Picotek Design must be wowing the crowd not just with his beats but with his one-of-a-kind gear as well. His highly modified turntable is based on another highly modified piece of equipment: the freighter-turned-smuggler’s ship Millennium Falcon. 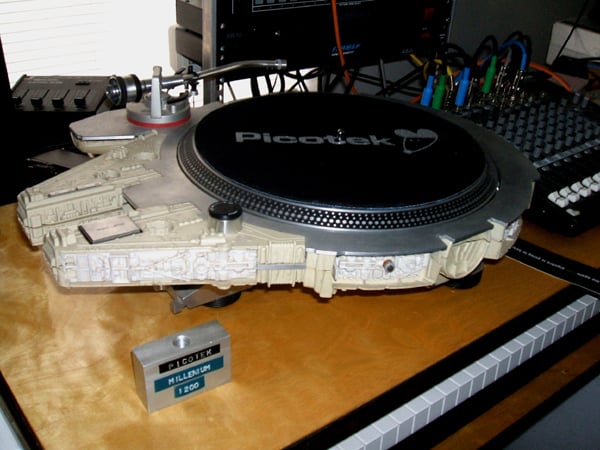 Marco said he stumbled upon the toy replica of Han Solo’s ship and got it for a mere $2 (USD), albeit with some of its parts missing. He stowed it away for a couple of years, then one day decided to combine it with another relic from the 70s, a Technics 1200 turntable. Marco says he’ll upload more pictures of the turntable soon.