Slowly but surely, 3D printers are becoming more user-friendly and affordable. The Photon is proof that 3D scanners are following suit, thanks in no small part to crowdfunding and the creativity of small startups. Invented by Adam Brandejs and Drew Cox, Photon is beautiful, easy to use and affordable. 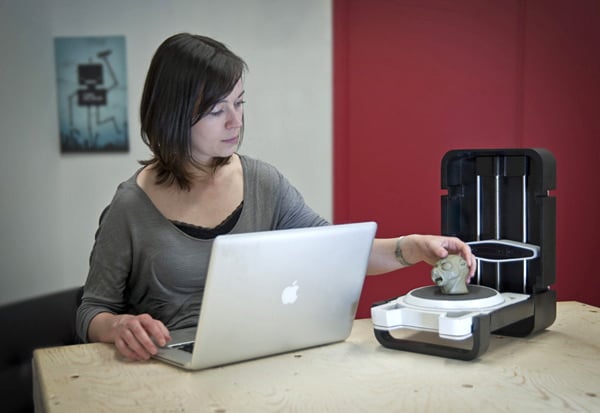 Photon uses a high definition camera and two lasers to scan. It works with both Macs and PCs and connects via a USB 2.0 interface. Together with its free software, the Photon will let you scan any small object – up to 7.5″ diameter and 9.75″ height – in about 3 minutes. It can save 3D models as STL, .OBJ. and .PLY files.

Pledge at least $399 (CAD) (~$390 USD) on Indiegogo to reserve a Photon. I think that’s a very realistic price. It’s certainly a lot cheaper than the Lynx A, another crowdfunded 3D scanner. While the Lynx A justifies its price with its versatility and power, it’s overkill if all you want is a small object scanner. But I think I’ll pass on the Photon, the Lynx A and other 3D scanners. I’m waiting for a 3D fax machine – one that can both scan and print 3D objects.