Turkish Cultural Association of Austria Has a Problem with LEGO Jabba’s Palace. What?

Chairman of the Turkish Cultural Association of Austria, Birol Kilic, thinks the Jabba’s Palace LEGO play set is “culturally insensitive.” Why? He says that it resembles Istanbul’s historic mosque Hagia Sophia. Or any other building with a domed roof, for that matter. 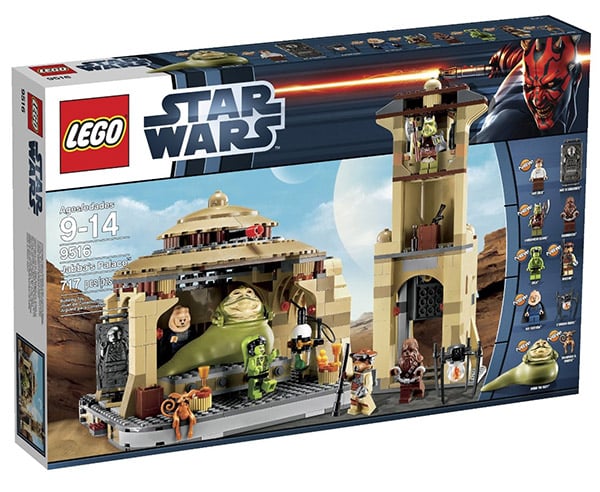 He says that “This does not belong in children’s bedrooms, and the minaret-like tower features machine guns. Children will become insensitive to violence and other cultures.” Maybe he should worry about real world problems instead of worrying about a LEGO set based on a 30-year-old movie.

It all started when his organization was notified of the issue by an outraged Austrian father, whose sister had given the LEGO set to his son last Christmas. The father returned the toy to the store. It could have ended there, but the Turkish Cultural Association petitioned LEGO to drop the play set from its line-up.

Sadly, like so many things these days, political correctness and overzealous idiots are trying to kill the things that we love. Don’t mess with Star Wars. In response to the accusations, LEGO released the following statement:

All LEGO Star Wars™ products are based on the movies of the Star Wars™ saga created by Lucasfilm. Jabba’s Palace appears in Star Wars™ Episode VI and appears in a famous scene on the planet Tatooine. The building is the palace of Jabba – a fictional movie character.

The picture shown above depicts the building from the movie scene. The LEGO designers try to reproduce all buildings, space ships and characters from the movies as close as possible when creating a new LEGO Star Wars™ product.

This is done to allow both young and old Star WarsTM fans to act out the scenes from the movies at home. The LEGO Star Wars™ product Jabba’s palace does not reflect any non-fictional buildings, people, or the mentioned mosque.

The LEGO minifigures shown on the box and found inside the box (Jabba, Salacious Crumb, Bib Fortuna, Gamorreanic Guard, Oola, Han Solo, Princess Leia disguised as Boushh, Chewbacca and B’omarr Monk) are all modeled after fictional characters from the movie.

The LEGO Group regrets that the product has caused the members of the Turkish cultural community to interprete it wrongly, but point out that the design of the product only refers to the fictional content of the Star Wars™ saga.

A few media have reported that the product is being discontinued due to the mentioned criticism. This is, however, not correct.

LEGO has no plans to prematurely discontinue the playset, but you can always buy one for your collection, just in case.