I’m kind of a dessert purist. For example, I like plain cheesecake – not one that tastes like pumpkins or anything else. And desserts that try to imitate other desserts usually bug me – like cinnamon apple pie flavored yogurt. Blech. If I can’t eat an actual slice of apple pie, why bother? But here’s one rare instance of a sweet treat masquerading as another that I actually approve of. 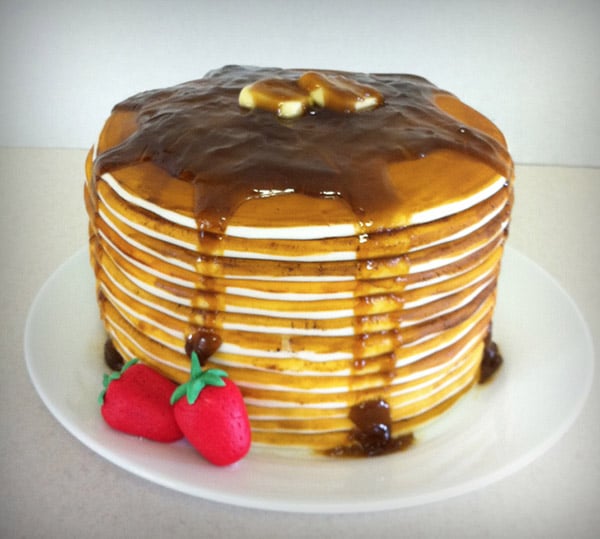 While this might look like a stack of delicious pancakes, it’s actually a honest-to-goodness cake. It was made by Cindy Reynolds over at Monkey Treats Bakery, who clearly makes treats for humans too. It looks so real that it’s almost impossible to distinguish form a stack of actual pancakes.

I’m so ready to sink my fork into this thing, that I’d even consider having cake for breakfast. You could even put a few strips of bacon on the side. I won’t mind.