Comic book geeks are perhaps the single greatest consumer of themed flash drives. If you’re a fan of Iron Man and are looking forward to the third movie in the franchise hitting theaters this summer, it may be time to you to start stocking up on some collectible flash drives. Three Iron Man 3 flash drives are coming out just in time for the blockbuster flick to arrive. 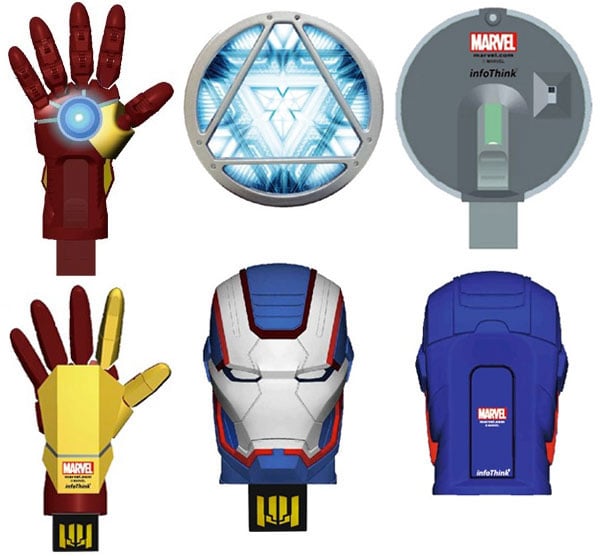 I happen to think the coolest of the three is Iron Man’s Repulsor hand. When the flash drive is plugged into the USB port, the light in the center of the hand that Iron Man uses as a weapon glows blue. Another cool drive in the trio looks like Tony Stark’s Arc Reactor, complete with a little animated light show when plugged in:

The third branded flash drive looks like the red, white and blue Iron Patriot head. All of the flash drives have retractable USB ports and are available with 8 GB or 16 GB of storage. While I haven’t found them in the U.S. yet, you can pre-order the Arc Reactor and the Repulsor Hand over at Australia’s Mighty Ape now.