While the very first Apple computer actually came without a case of its own, the Apple II (and ][+) featured an iconic beige wedge case design that went on to define an era of personal computing. While I don’t really have room in my office to set up an old Apple, I might be able to squeeze in one made out of LEGO. 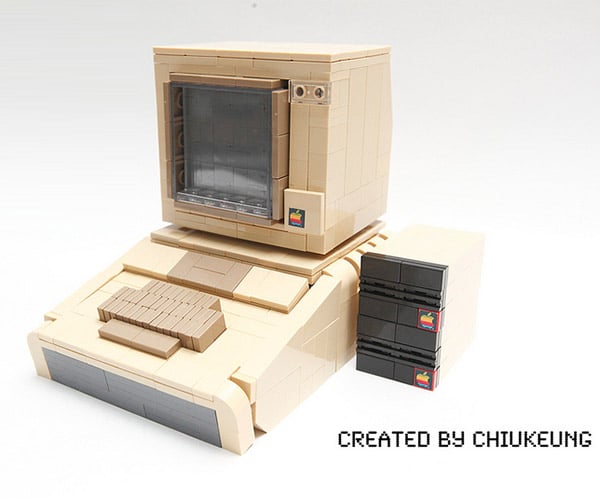 This miniature Apple II Plus was created by Chiu-Kueng Tsang, and it’s really quite extraordinary. Not only does he nail the look of the classic computer with a minimal number of bricks, he’s even made a pair of tiny disk drives, a monitor and even the internals under the lid. 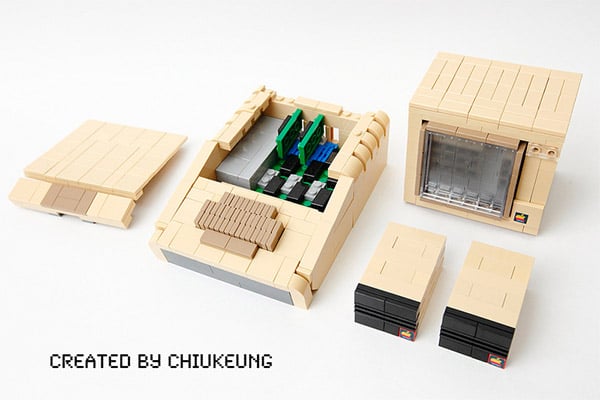 Very impressive indeed. The funny thing is that using today’s technology, you could probably fit a working system that’s way more powerful than the original Apple II Plus inside of its case. I’ll get on that right away.

[via MAKE via Brothers Brick]