Despite the fact that I’m horribly allergic to shellfish, this LEGO creature that reminds me of some sort of crazy crab has still warmed its way into my heart. 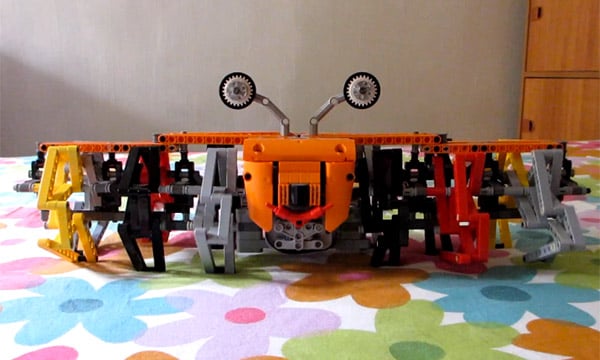 The 12-legged little critter was created by Singapore LEGO fan Lee Ping Ng, based on the mechanisms that Theo Janssen created for his unbelievable walking strandbeests, using LEGO Technic parts. Though I have to say Lee’s walker is cuter – especially with those big bug eyes protruding from it’s head. Here, check it out in action:

See, isn’t it cute how he wanders about the tabletop? At least I don’t have to worry about going into anaphylactic shock by messing with this guy either.