It sounds very strange to say Porsche and hybrid in the same sentence, but the company has been working on hybrid cars for a long tim. In fact, they’ve been offering a hybrid version of its four-door Panamera since last year, and also has the hybrid 918 Spyder supercar. Now, Porsche has announced that is getting ready to launch its first ever plug-in hybrid automobile with a new addition to its Panamera line. 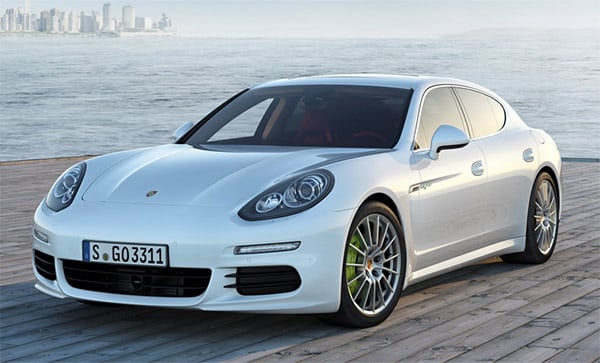 The new Panamera S E-Hybrid should be significantly more fuel-efficient than the old hybrid version of the car and perform better as well. The E-Hybrid has 416 total horsepower and its new electric motor produces 95 hp on its own. The previous hybrid had a measly 47 hp electric motor.

The E-Hybrid also gets a significantly larger lithium-ion battery pack featuring 9.4 kWh of electricity compared to only 1.7 kWh of electricity in the outgoing hybrid. The car will also be able to drive for 20 miles on electricity alone – which isn’t stellar, but good for short hauls. When the gasoline engine is fired up the E-hybrid can reach 60 mph in 5.2 seconds and has a top speed of over 160 mph. As you might expect, the Panamera S E-Hybrid is an expensive car, with prices starting at $99,000 (USD).