Now this is a marriage proposal that will resonate with Harry Potter fans. Rachel was ready to propose to her girlfriend Jaquie, so she enlisted the help of CustomMade, which some people have described as a cross between Etsy and Match.com. It’s basically a site that lets people find artisans who can turn their projects into a reality.

I think it’s safe to assume that Harry Potter played a major role in their relationship, because Rachel had her proposal fashioned after the most popular game in the wizarding world: Quidditch. 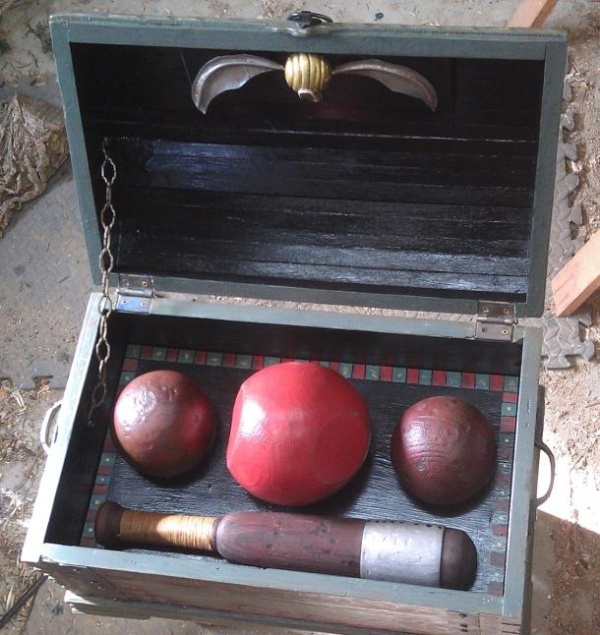 The Quidditch proposal set that Rachel commissioned included two Bludgers, one Quaffle, a bat, and of course, the Golden Snitch. All it needs is a charm spell to make everything come alive… Rachel hid the ring in the Snitch (where else?) and presented the set to Jacqui. She said “yes,” Voldemort is still dead, and all is well in the world. 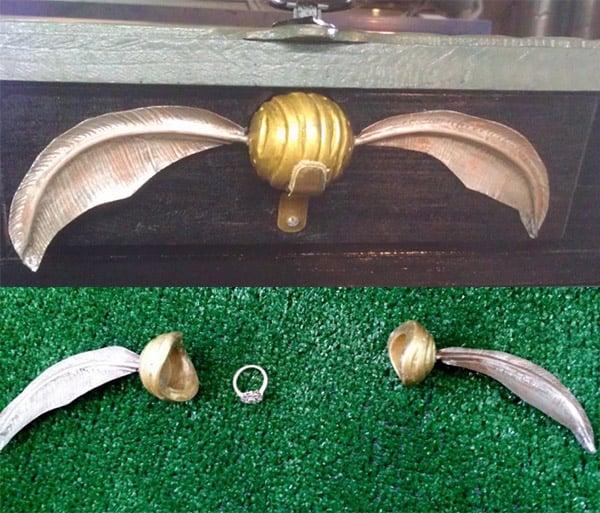 If you want a custom Quidditch set of your own, then you can get one made by artist Anthony Albano for somewhere between $800 and $1,200 (USD).