Belgian Chocolate Stamps: Sealed With a Kiss and Sent With a Lick 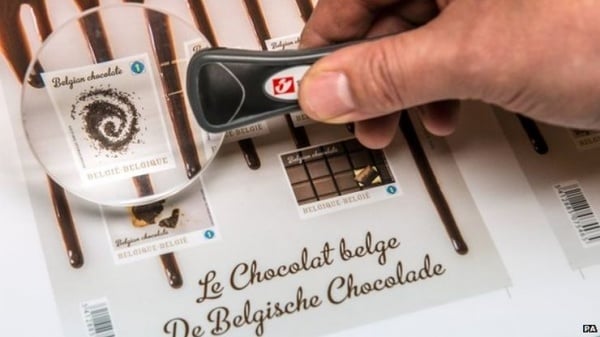 Both the front and back of these stamps have been coated with the infusion, so both the sender and recipient can get a small taste of Belgian heaven: the former, when they lick the adhesive part; and the latter, when the lick the outside of the stamp. On second thought, it might not taste as good for the recipient given it’s already gone through the entire postal system (and is probably extremely dirty by the time it’s received.)

The stamp was recently sampled by collector Marie-Claire Verstichel, who declared that while the taste was a little disappointing, the smell of it was still oh-so-good. A sheet of five stamps cost about $8, which is a bit pricier than its original 5 Euro face value.

[via HuffPost via Dvice]