Out of all of the Avengers, Captain America is probably my least favorite. But he might be able to win me over with some of his awesome cupcakes. You know they are the most direct way to a man’s heart. 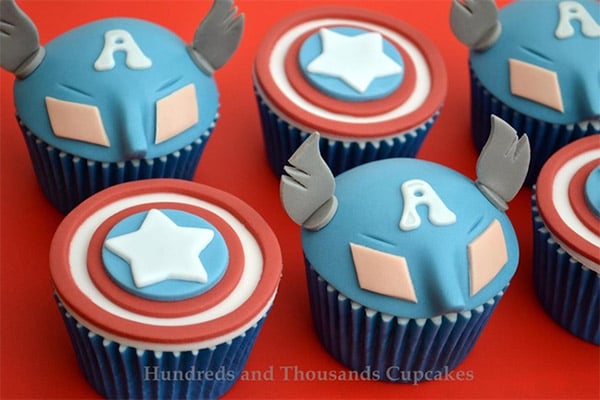 These perfectly patriotic superhero treats were made by Hundred and Thousands Cupcakes. While I personally love the ones that are formed in the shape of Captain America’s head and winged cowl, the shields are pretty great too. Though you probably couldn’t bounce any bullets off of them. 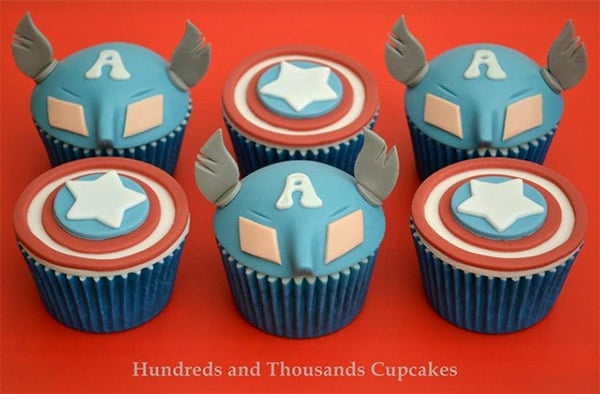 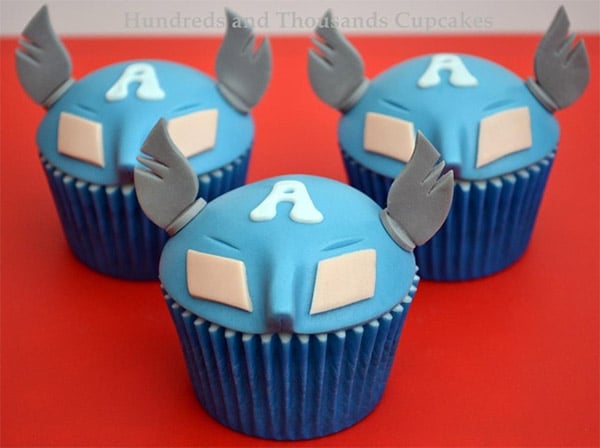