We all know Han Solo shot first, but looking at this awesome LEGO DL-44 blaster, I don’t even care. I just wish I had this sitting on my shelf – or in my waistband. It’s Han’s famous Greedo-killing blaster in LEGO form. 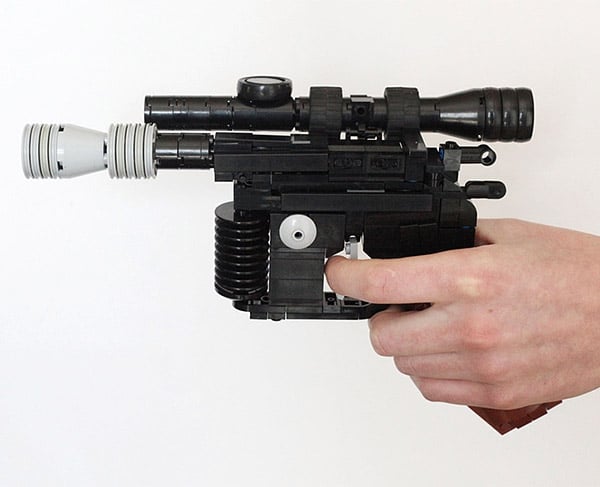 It was made for the 2013 edition of the MocAthalon contest, by LEGO enthusiast Captain Infinity. I wish I had thought to build this blaster myself, but I know mine wouldn’t look nearly as good. 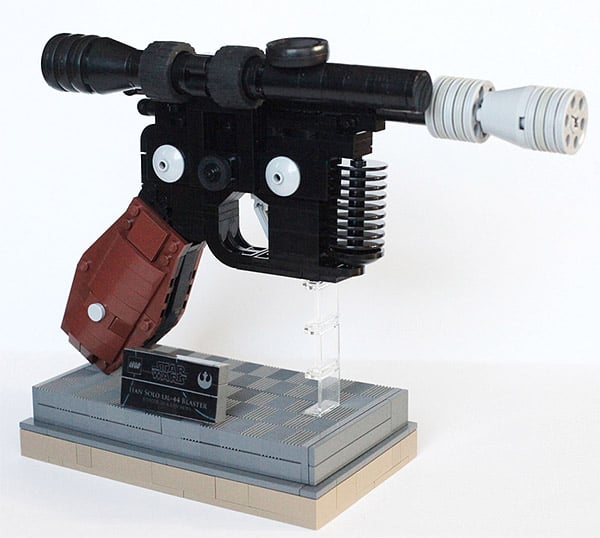 Captain Infinity says that he had meant to build it for a while, and the competition’s “An Elegant MOC for a More Civilized Age” category was the perfect chance to do it. He focused on fitting as many details as he could into this blaster and making the shape as accurate as possible. I think he did an amazing job.

[via Brothers Brick via Laughing Squid]