Back in my college days, I took microbiology and spent plenty of time in the lab culturing various bacteria. My microbiology professor hated it if we drew patterns or other than random circles or zigzags in our petri dishes. I once made the mistake of growing a nice E. coli “S” and had to start over.

Zachary Copfer, a microbiologist with a penchant for art has developed a new process of making actual pictures using bacteria and petri dishes that he calls Bacteriography. 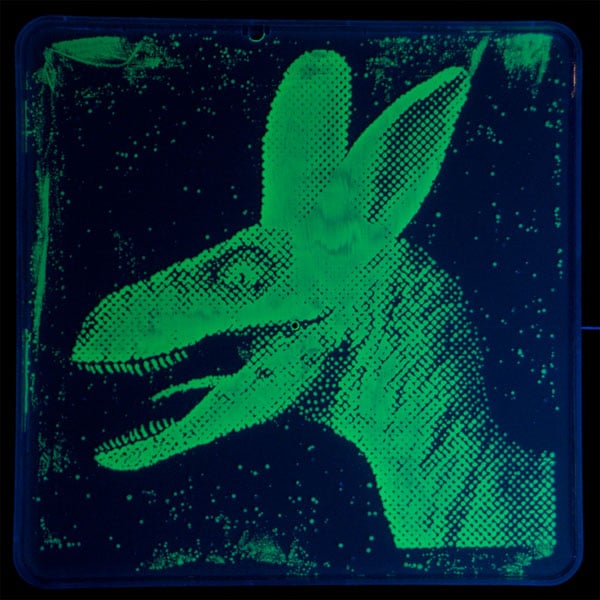 The artist isn’t saying exactly how he makes these pictures with bacteria, but I’d wager he’s using some sort of screen printing method on top of the traditional growth medium. My personal favorite artwork that he has created is the velociraptor wearing bunny rabbit ears using E. coli. 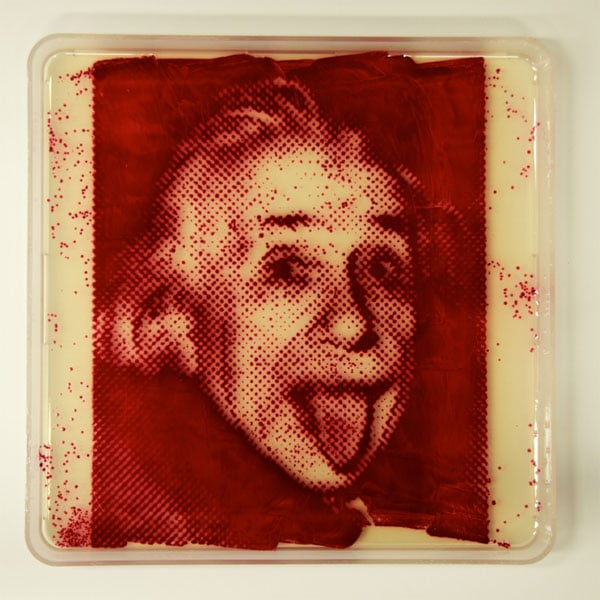 He has also created some cool prints of Einstein and other scientists using bacteria. Now if you’re wondering if his works are dangerous, Zachary says that he’s got a process that actually kills the bacteria after the work is created, then preserves them inside of resin.

Now that he’s out of graduate school and doesn’t have access to the lab, Zachary has taken to Kickstarter seeking to raise enough money to continue his artwork.

He’s hoping to start his own exhibit in an actual art studio and wants to raise $8000 by April 24. By contributing to his project, you can get photographic copies of some of his petri dish artwork for pledges of $100(USD) and under. To own an actual petri dish artwork requires a pledge of $500, while larger Bacteriographs cost as much as $10,000.