Petman Robot Tries on Some Clothes

If there’s one company that has the best chance of bringing the robopocalypse to reality, it has to be Boston Dynamics. Between BigDog, AlphaDog, Cheetah and Sand Flea, they’re building a veritable army of robo-animals on behalf of DARPA. One of the more interesting projects to come out of Boston Dynamics is Petman, a humanoid robot, capable of walking and climbing stairs.

Now, the company has just released a new video of the robot taking its first steps while wearing human clothing. 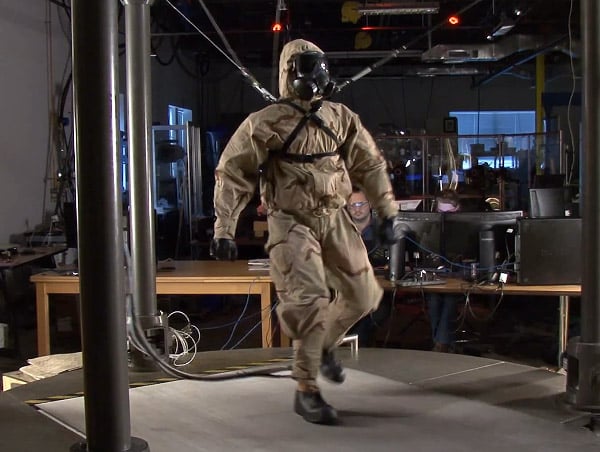 In the video clip below, you’ll see Petman stomp around on a moving platform, as he shows off his finest camouflage wear.

While its moves are still overwhelmingly robotic, Petman is still an incredibly impressive, if intimidating marvel of engineering. And I certainly wouldn’t want to run into him on a bad day.

You might wonder why a robot needs to wear clothing, but this test was designed could put protective suits humans would wear in a hazardous environment to the test, and to use its built in skin sensors to detect any chemicals that leak into the suit.