If you’re a fan of Black Ops II on the Xbox 360, you’ll be the first to get your hands on the new downloadable content pack called Uprising. The DLC will bring four new maps for multiple player action including Magma, Encore, Vertigo, and Studio. 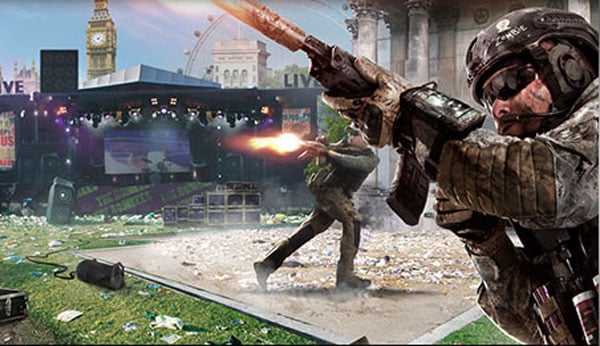 The Magma map puts players in a Japanese village that is being besieged by lava flows from a volcano nearby. The Encore map has players fighting it out in close quarters in a concert setting after a London music festival. The Vertigo map puts players on the roof of a skyscraper in India where they have to battle across a landing pad. The Studio map has players fighting on a movie backlot as they battle through different settings including science-fiction and western settings.

The coolest thing that this new DLC will bring is an additional zombie map with new characters called Mob of the Dead that takes place on Alcatraz island. The players will play as mobsters portayed by Hollywood actors Ray Liotta, Chazz Palminteri, Joe Pantoliano, and Michael Madsen.

The new content pack will hit the Xbox 360 on April 16. It will be available for gamers on the PS3 and PC platforms at a later date which is currently unannounced.