Guys Hack IKEA Furniture into a Kid’s Bike: Should be Named BIKKLO

One thing that’s great about IKEA furniture is that it’s so cheap that you can feel comfortable hacking it into other forms without fear of damaging your grandma’s prized antique Chippendale. Take, for example, this epic IKEA hack, which transformed a couple of ordinary stools into a functional kid’s bicycle. 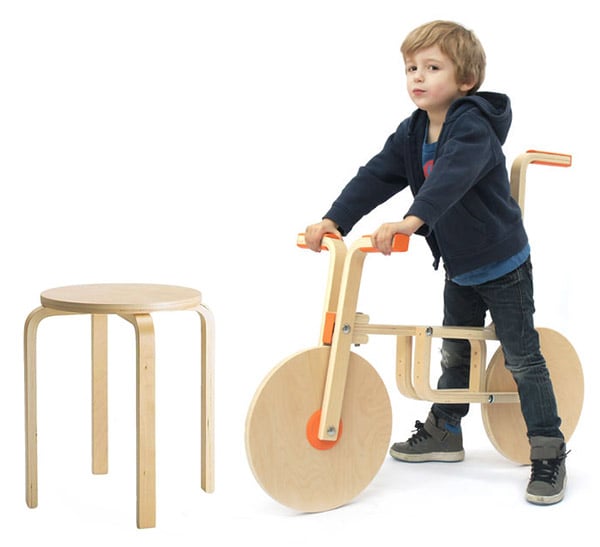 With the help of FabShop, Samuel Bernier and Andreas Bhend took parts from a couple of $15 FROSTA birch plywood stools, along with a handful of 3D printed parts, and fabricated a bicycle out of them. While using some 3D printed parts might be looked at as “cheating” by some, I think it just gave their design a minor boost, and the bike still captures the spirit of the original furniture upon which it’s based. 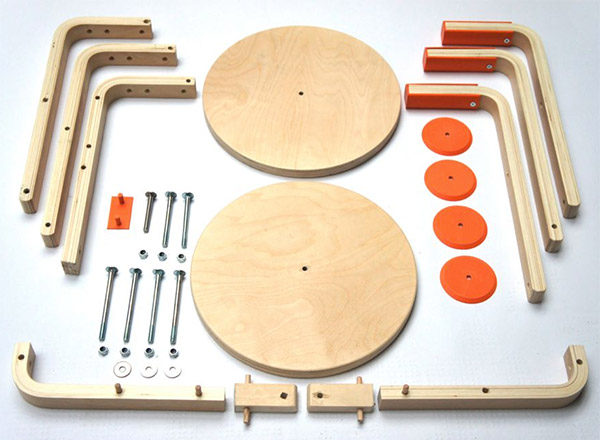 Bernier and Bhend get bonus points for creating a fake IKEA instruction manual to go with their design too. They called the bike the “Draisienne“, named after an antique bicycle, but I would have gone with more of an IKEA friendly name like “BIKKLO” or “KICKLA.” 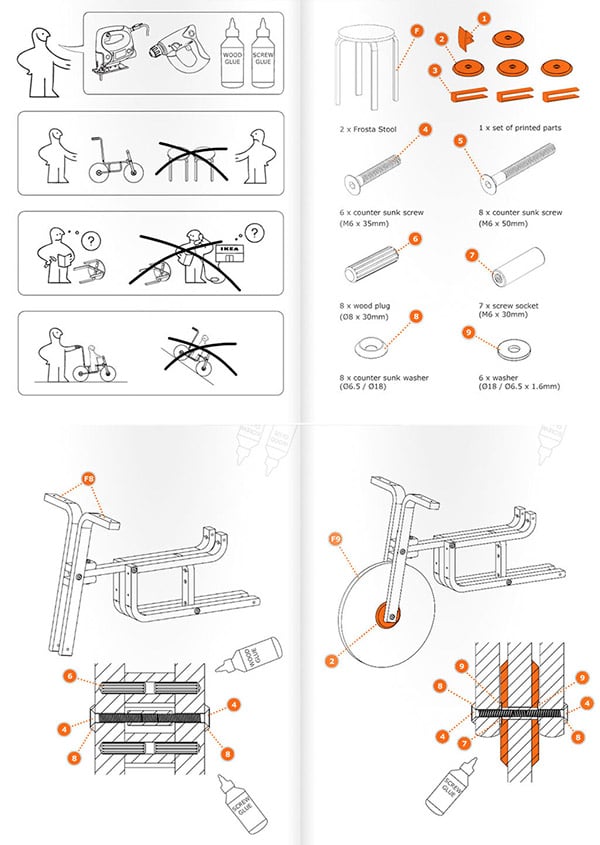 If you’re interested in building your own IKEA bike, head on over to Instructables for the build details.

[via FastCo Design via Cheezburger]