iOS 7 Fan Concept: Cleanliness Should Be Next to Usefulness

No one knows when the next major update to iOS will be released, but I’m sure everyone has an idea – more like a wishlist – of what Apple should add, remove or tweak to make using the iPhone, iPad and iPod Touch a better experience. Federico Bianco chose to make a video of his ideas for iOS 7. 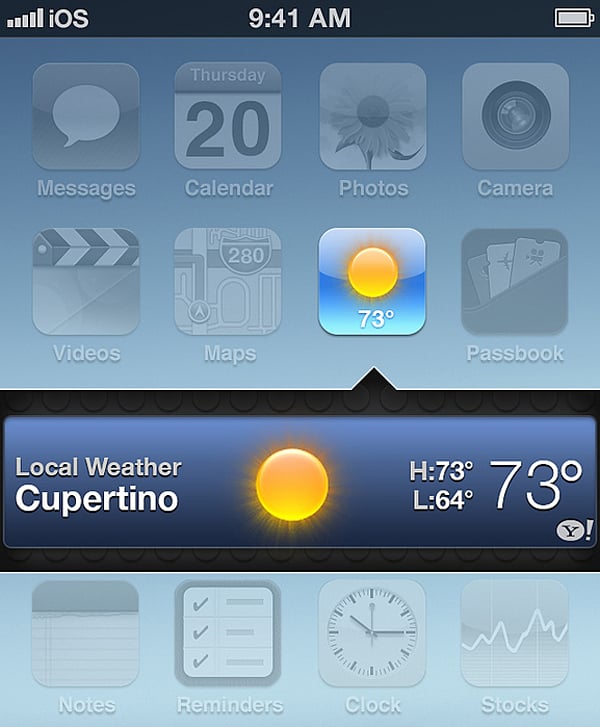 Focusing on utility, Federico incorporates many features that will be familiar to anyone who’s jailbroken their iOS device. Things like an SMS app with a quick reply screen, widgets on the lock screen and a shortcut to oft-toggled settings. Federico does have one novel idea, which you can see in the screenshot above. Double-tapping an app will bring up what I can only describe as a half-open or quick-open state that displays useful information without having the app take over the entire screen.

You can see high quality images of Federico’s mockups on his Flickr page. I really like his half-open idea and I can’t for the life of me think why quick reply for SMS doesn’t exist. But I’d be content if Apple adopted just the Mission Control idea. Seriously the stock app switching interface is broken. It’s like an application window where the close button takes up the biggest space.