I’m not sure what it is with the cheap Chinese gadget makers and their desire to make things that look like the Sony PSP, but they keep doing it. Funny thing is, the latest PSP lookalike has better specs than the PSP itself. 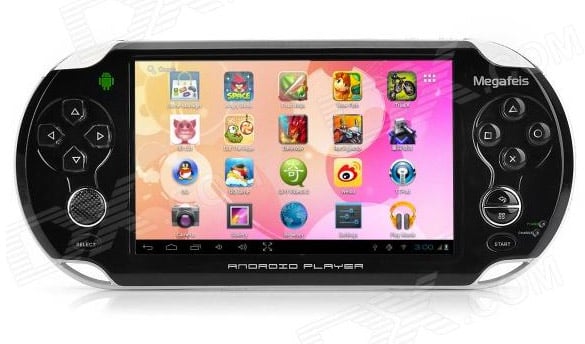 The Megafeis G600 handheld runs the Android 4.0 operating system. Under its hood it’s got a 1GHz ARM Cortex A8 CPU (compared to a 333MHz CPU in the PSP), along with a PowerVR SGX531 GPU. And unlike the PSP-3000, the Megafeis has a hi-res 800×480 display (more than twice the resolution of the PSP). It’s also got an HDMI 1.4 compatible video output and support for full 1080p video output. 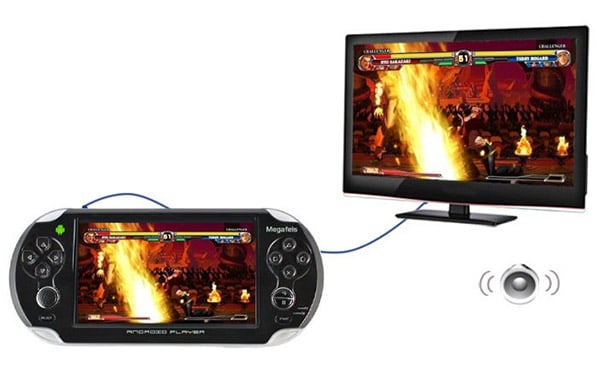 It’s only got 512MB of DDR3 memory built in, but you can expand up to 32GB of storage with a microSD card. You’ll also find a built-in motion sensor, and a 5-inch capacitive touchscreen – both of which aren’t present on the actual PSP. Wi-fi supports only 802.11 b and g, but still that beats the 802.11b PSP-3000. 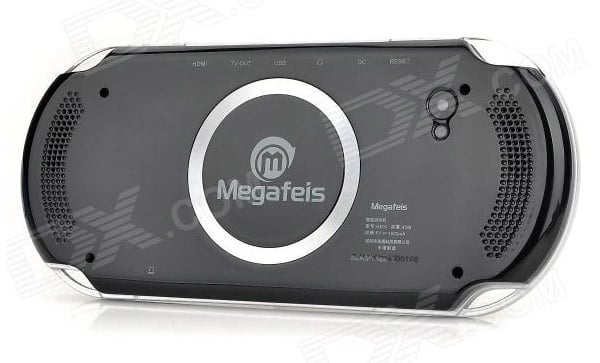 Of course in addition to running Android games on it, you can use it with emulators to play classic N64, PSX, GBA, NES, SNES, and Genesis games on it. However, one thing that the Megafeis G600 can’t do out of the box is play actual PSP games – although you might be able to get the PPSSPP emulator to run on it. 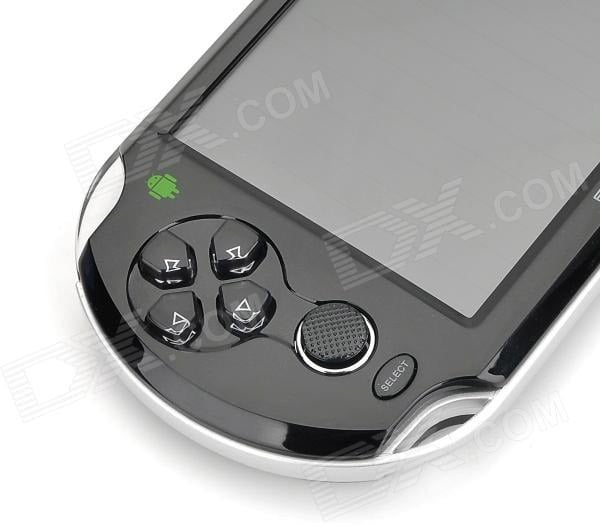 One other thing that the Megafeis has going for it – it’s dirt cheap. It sells for under $85(USD) over at DealExtreme.