In the latest What The Tech podcast of Guys From Queens, tech blogger Paul Thurrott dished out a number of details about the next Xbox that he says he received back in January (of this year, I suppose). Thurrott says that the next Xbox (codenamed “Durango”) will cost $500 (USD), with a $300 subscription model. And yes, he also said that Microsoft’s next Xbox “must be Internet-connected to use.” 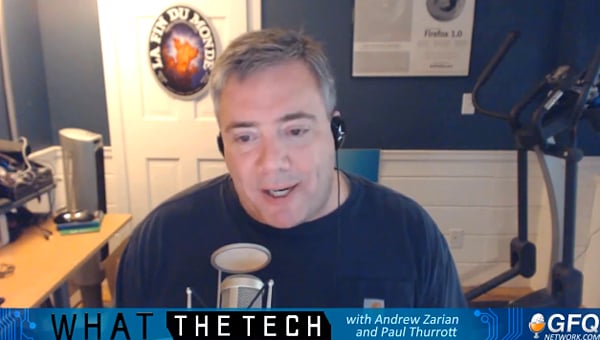 In addition to the price of the next Xbox – both financially and technologically – Thurrott also said that Microsoft will release a $99 Xbox 360 (codenamed “Stingray”) at the same time as the new Xbox, indicating that the new console will possibly not be backwards-compatible with Xbox 360 games. Thurrott also said that the next Xbox will be a Windows 8-based device, and as such will be discussed in Microsoft’s upcoming Build developer conference in June.

Thurrott then caps off the discussion by commenting on the much-maligned always on requirement of the next Xbox, which he seemed pretty certain about as well. He doesn’t think it’s a bad thing because the way he uses his Xbox 360 is an always online setup anyway. Skip to 54:44 in the video below for the relevant bits. Note that some language in the video is not safe for work:

I am in no position to say whether Thurrott’s take on the online bit is just propped up by anecdotal evidence or if it’s representative of how most Xbox 360 users interact with the current console. He’s also right in that we still don’t know in what way the next Xbox will require an online connection, if it ever will. What I do know is this: Microsoft should seriously listen to the criticisms about an online requirement. Because they might be risking turning each and every next Xbox game into a Diablo III or a SimCity.

[via Guys From Queens via NEOGAF]