Nobody likes to see children struck down by illness. Kids are innocent and don’t deserve things like that. It is enough to break your heart. But here is an uplifting story with a geeky twist. Stephanie Kaloi’s 4-year-old son recently went through surgery and came home with his knees immobilized, so he needed a walker. 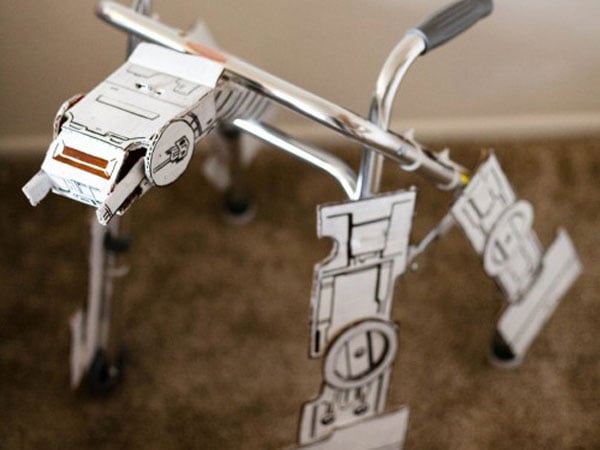 A friend suggested that it looked a bit like an AT-AT. The rest, as they say is history. Comic artist Ben Dewey volunteered his skills. As a result, the walker now has AT-AT legs and a head. It even has a control panel featuring Darth Vader himself. 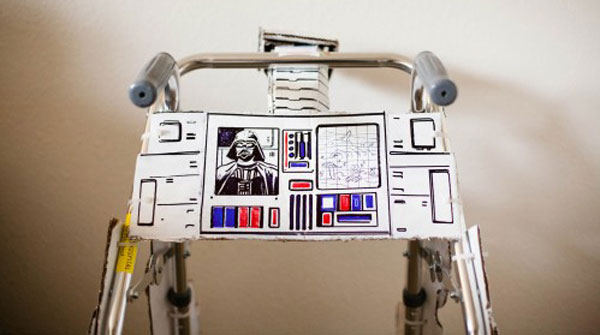 So instead of being sad, this kid “walked all around our living room firing lasers at us for nearly an hour without once being scared that the walker would cause him pain.” If that doesn’t make you smile, you have a heart of stone, my friends. He will need the walker for another three weeks, but will surely be very happy about it.

This story gets better. The walker ended up on Reddit’s Star Wars subreddit, which is no surprise. William Shatner himself chimed in by saying, “Very clever! I bet he loved it!” The Captain of the Star Trek universe approves! So now it is officially a crossover story.