The problem with exploring our solar system today is that we lack the technology to make voyages between planets quick enough. It’s nearly impossible to visit other planets because of slow propulsion systems that expose astronauts to cosmic radiation and require huge amounts of fuel. To solve this problem, researchers from the University of Washington working on a new fusion-powered spacecraft. 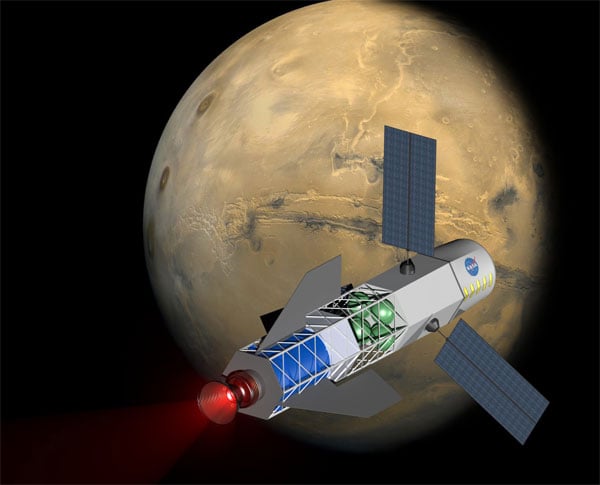 The scientists believe that the fusion-powered spacecraft would theoretically be able to get astronauts to Mars and back in only 30 days – siginficantly faster than current technology. NASA currently estimates with modern liquid-fueled rocket engines a round-trip to and from Mars would take four years and cost at least $12 billion. The Fusion Drive involves “a type of plasma is encased in its own magnetic field” according to the researchers. The process is also described as a “unique manipulation of nuclear fusion.”

According to the researchers, using fusion fuel material the size of a grain of sand would have the same energy content as a gallon of rocket fuel. The fusion drive project is being funded from NASA via the Innovative Advanced Concept Program. NASA was so impressed with the research that it gave the project additional funding.