Animatronic Ray Charles Performs on the Streets of Osaka: Hit the Road, Jack!

You expect to see robots in Japan, but nowadays even their street performers are animatronic. Now, someone in Osaka has developed his own life-size singing Ray Charles robot. He may have Georgia on his mind, but this Ray lives in Japan. 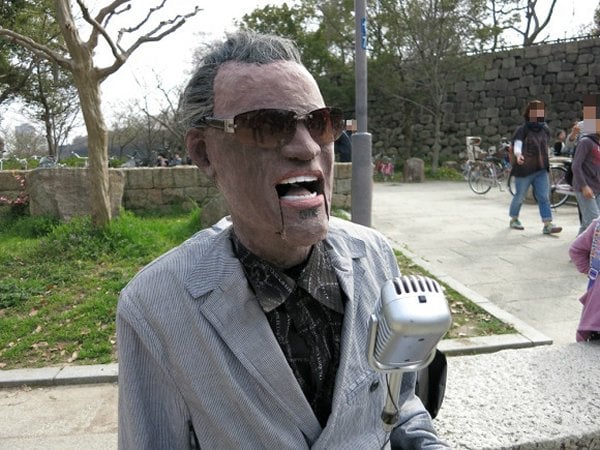 As cheap, homemade robots go, the likeness is pretty good. The “skin” is made entirely out of paper clay. The robot appears to be playing the keyboard while his mouth moves to the words. However, all of the music comes from a speaker inside the heart of the machine, not the keyboard.