Guy Turns His Cubicle into a Castle, Learns the Princess is in Another One

You can still feel like King of your castle, even when you’re stuck at work. Just do what this guy did, who turned his office cubicle into a castle. All it took was a little cardboard, a Sharpie or two, and some creativity. 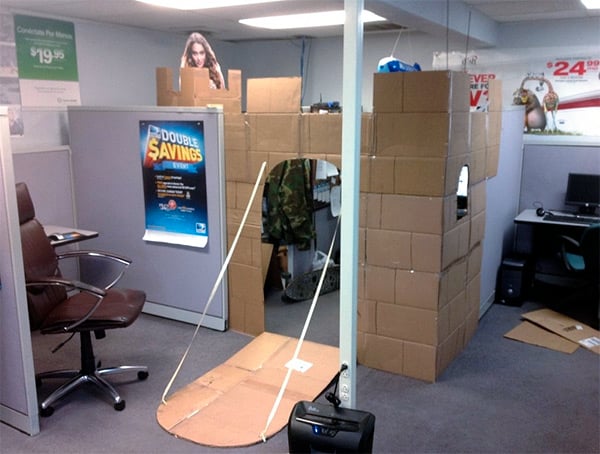 It has everything a modern cubicle castle needs. There’s the DirectTV Genie girl, who I guess represents the Princess he wishes he had, a blimp and even a drawbridge that is guarded by a paper shredder. Though the door appears large enough to only admit someone the size of Tyrion Lannister. 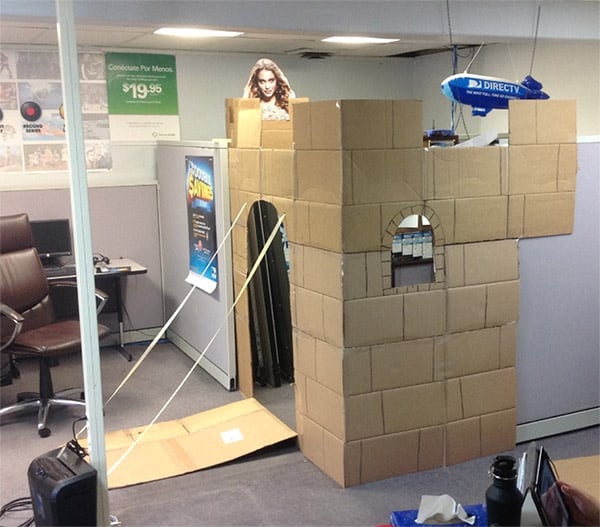 It even has a little window so that he can look out upon his kingdom when not working. All it needs is a moat, and he’ll be all set.