How’d you like the chance to take a mission to space – and not have to spend a dime? Well if you’re the lucky winner of a contest being held by KLM Royal Dutch Airlines, you might just get your wish. 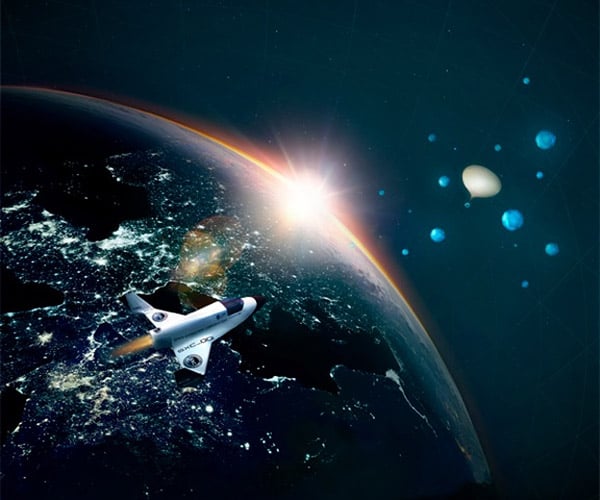 KLM is offering one lucky person the chance to fly aboard the zero-gravity SXC Lynx spacecraft. The entry process will be simple. KLM plans on launching a weather balloon in the Nevada desert, and the person who provides the most accurate prediction of how high the balloon travels before it pops will win the space flight.

The winner of the contest will receive a flight for two to Curacao, hotel, and a single ticket aboard the SXC Lynx, valued at approximately $95,000(USD).

The balloon is expected to be launched on the morning of April 22nd. To enter the contest, and to view and a cool simulation of the balloon launch, head on over to space.klm.com.

When in service, the SXC Lynx is expected to fly to a height of 64 miles above the Earth, traveling with 4Gs of thrust. Space Expedition Corporation (SXC) plans on launching its first commercial space trip from Curacao in January 2014. It’s not clear exactly when the prize winner will be allowed to redeem their ticket.