What the hell happened here? Did a Predator go hunting the Borg and take a trophy? Did the Borg assimilate a zombie? I have no idea. I just know that skulls are cool. Robot skulls are even better, and this hot, dead, robotic mess looks pretty bad-ass to me. 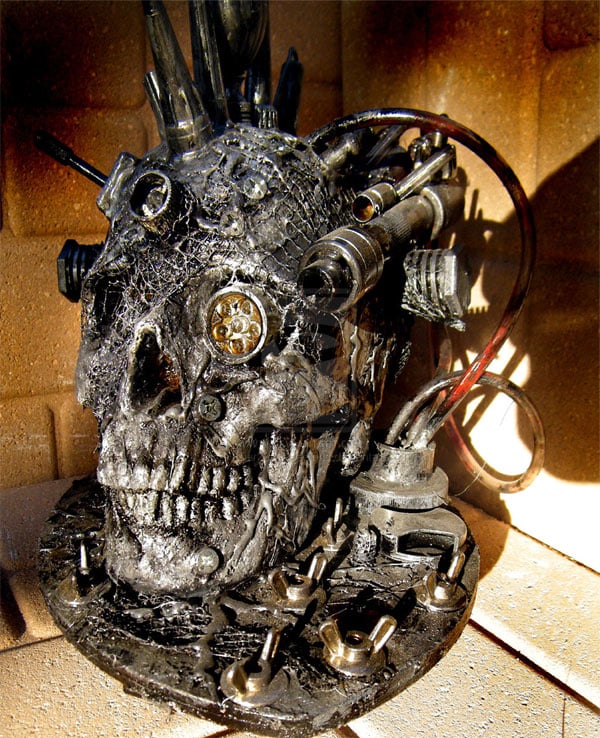 This skull is made from metal and has various tubes, a mohawk, a glowing LED eyeball, a Phillips head screw screwed through it’s face as if it were some robot right of passage and what appears to be head mounted lasers. Oh and some tubes that keep it all lubed up for some reason.

I love the wing nuts at the base, which would presumably tighten this thing down onto a body that is just as twisted. This mixed medium skull was made by horror sculpture artist Drakodarksydedesigns. Behold it’s awesomeness.