To promote his company’s muscle sensor, Brian Kaminski of Advancer Technologies built a toy replica of Iron Man’s repulsor glove. All you have to do is curl your fingers to charge it up and then spread them to unleash devastating… tiny flashes of light. It does play a recording of JARVIS spewing polite technobabble, so that’s kind of empowering. 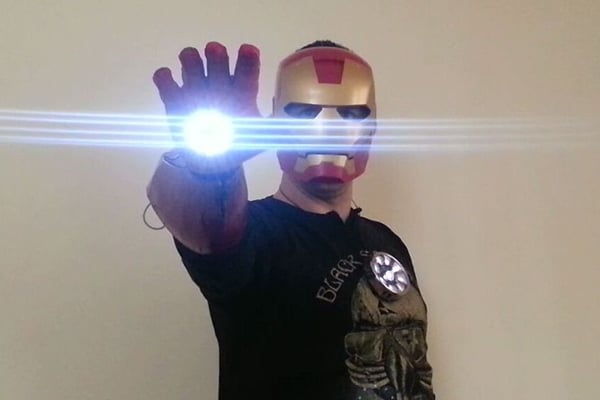 But before you get Tony Stark’s gloves, you have to have a bit of his smarts. This project involves a fair bit of improvising and soldering to complete, including making an Arduino shield that controls the muscle sensor.

I imagine hacks like this will be a lot easier and complex when the MYO arm band is released. But for now head to Instructables if you want to know how to make Advancer Tech’s repulsor glove.