Still a Doll? It’s Barbie Without the Makeup and Lipo

I remember that it caused quite a stir when Mattel decided to manufacture Barbie dolls with more realistic bodies. By that, I mean an average-sized chest, a slightly wider waist, and with a couple more inches (doll-inches, that is) added to her hips.

Artist Eddi Aguirre decided to go with that idea but took things a little further by using Photoshop to reveal the real face of Barbie. So here she is, minus the makeup and looking like she aged ten years overnight: 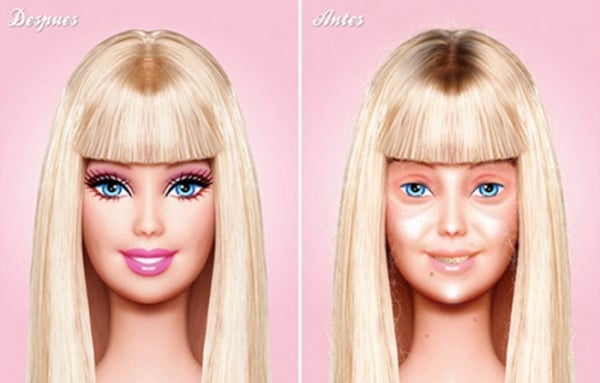 I don’t think braces can be covered up by makeup, but hey, maybe Eddi’s just trying to show what she would look like if she didn’t get her teeth capped. Here’s a closer look at Barbie’s face. I guess it’s true what they say about makeup damaging your skin if you put too much of it on or keep it on your face long enough. 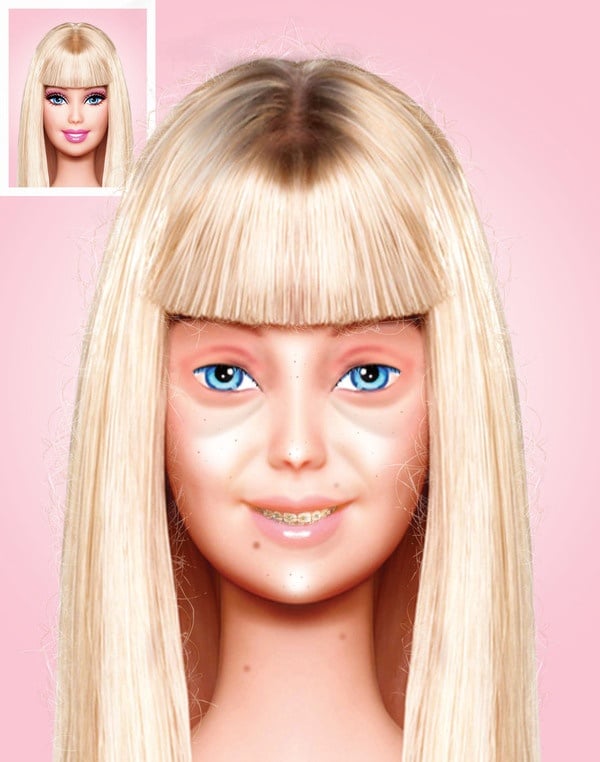 Barbie isn’t the only overly dolled-up doll on the market. The one below happens to be one of her many plastic friends, and Eddi has decided to re-do her face and body if she didn’t go for the lipo. 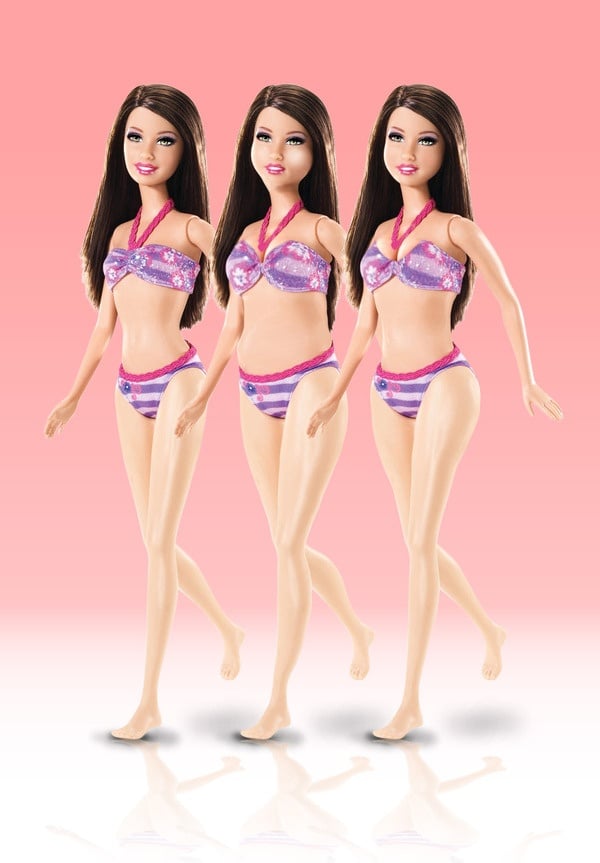 It’s highly unusual art, but it leaves you with some food for thought afterwards.