It doesn’t take a computer engineer to be intrigued by the appearance of printed circuit boards, the foundation and highway for the hundreds of electronic components that make our electronic devices function. Thier cryptic yet functional arrangement – like an alien city viewed from above – inspired designer Lukas Scherrer to make the Memory Rug. 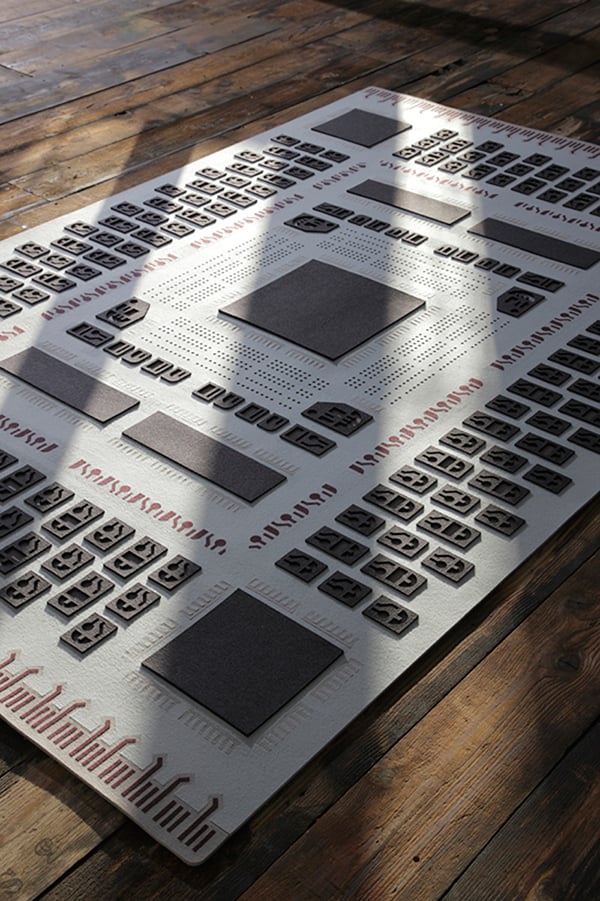 As with many carpets, the Memory Rug has repeating patterns and elements, only in this case its parts resemble processors, conductive pathways and the like. But unlike a real circuit board the Memory Rug is made of nothing but wool felt. 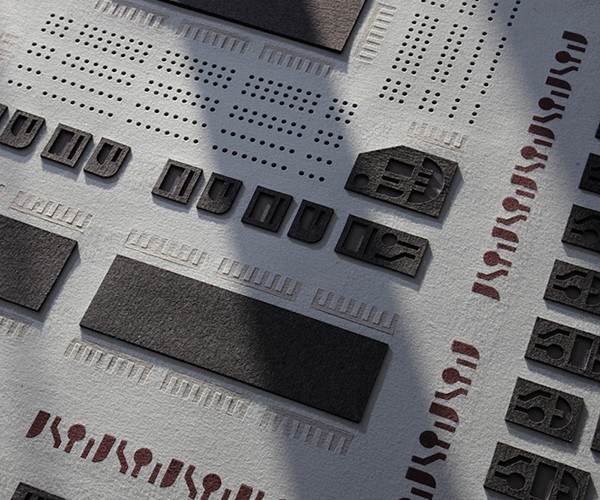 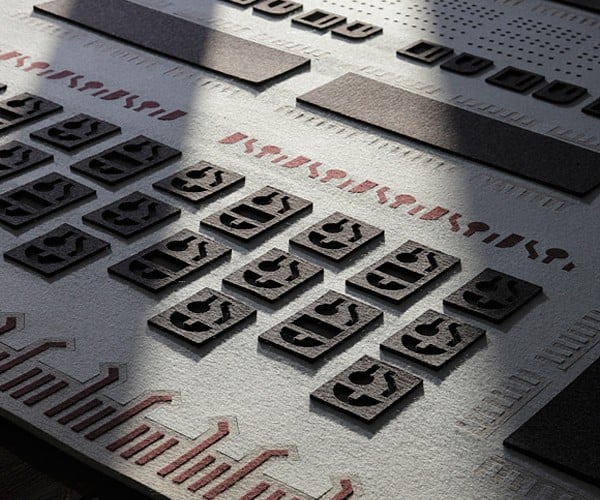 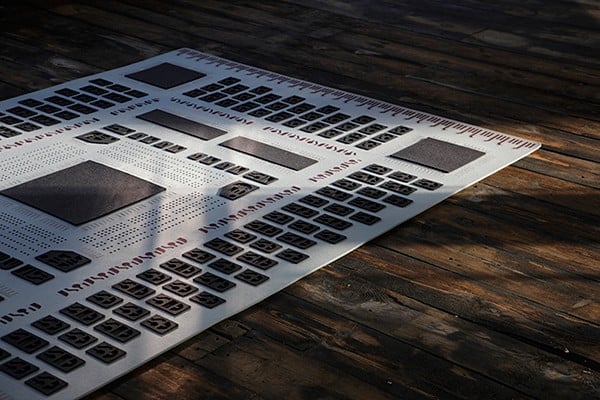 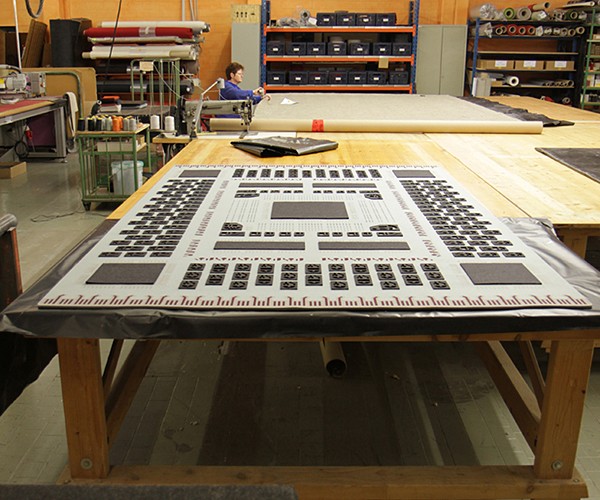 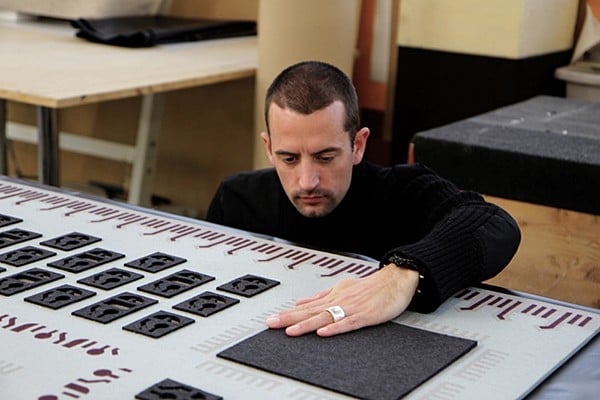 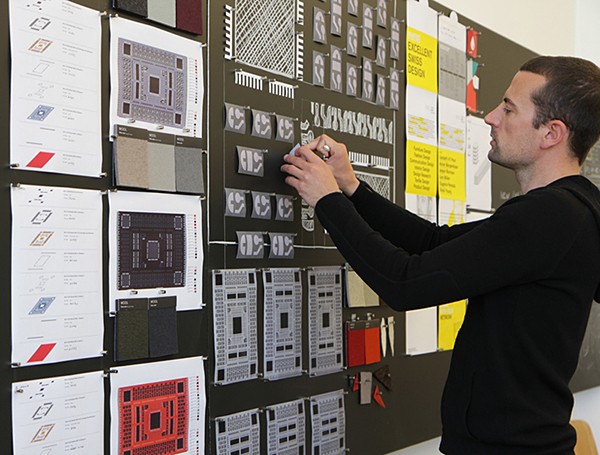 I wonder if it’s upgradable.