The crew of Skit-B Pinball made this wonderful homage to one of the most recognizable NES games, Duck Hunt. It may not be as complicated or have fancy lighting effects and ramps like other modern pinball machines, but the craftsmanship is so good that it looks like an official Nintendo product. 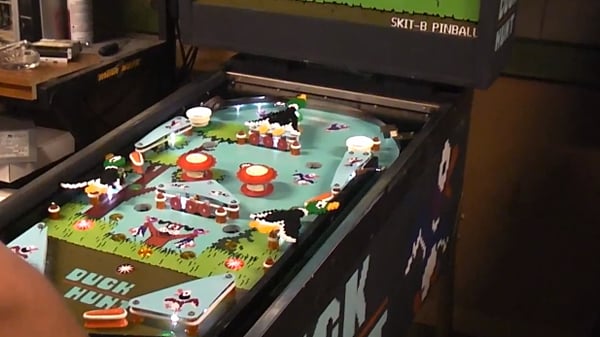 As if the wonderful art and parts weren’t awesome enough, the machine borrows gameplay and graphical elements from Duck Hunt. You have to hit the two orange and white circles in the middle of the playfield to fire at the ducks while some of the holes act as score multipliers. You get feedback by way of an LCD monitor installed in the backbox. And yes, if you lose your ball, that troll of a dog will appear to mock you.

The fact that they built the machine in their spare time makes me want to cry during my upcoming spare time.