Happy Fallout Monopoly Birthday to You

When it’s your wife’s birthday, you don’t just give her a present you buy from the store. You make her a present that she can’t get anywhere else, because it’s her birthday and you want to make her happy and wow her with your creativity and thoughtfulness.

That’s not a generally-applied rule, of course, but it’s one that Reddit contributor XsimonbelmontX aka Brandon apparently lives by. Brandon knew that his wife’s favorite video game was Fallout. So he set out to create a customized and one-of-a-kind Fallout version of Monopoly. 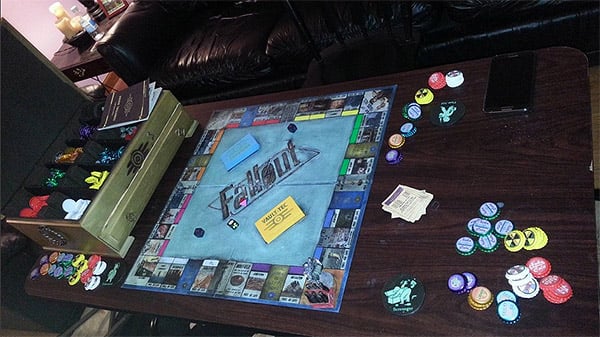 He painted over a regular Monopoly board and added Fallout-inspired locations, replacing the coveted Boardwalk property with Tenpenny Tower. Instead of paper money, the official currency is a range of bottle caps, from a $1 Nuka-Cola Quartz up to a $500 Sunset Sarsaparilla Star piece. 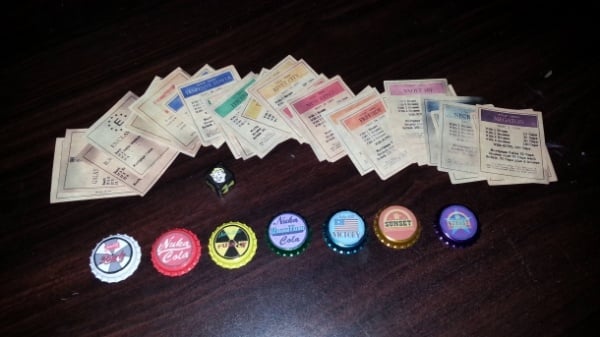 The game pieces received a makeover, too. Brandon melted a bunch of superhero and Army men action figures to create Liberty Prime. The Pip-Boy figure, meanwhile, required over 20 different plastics to put together. 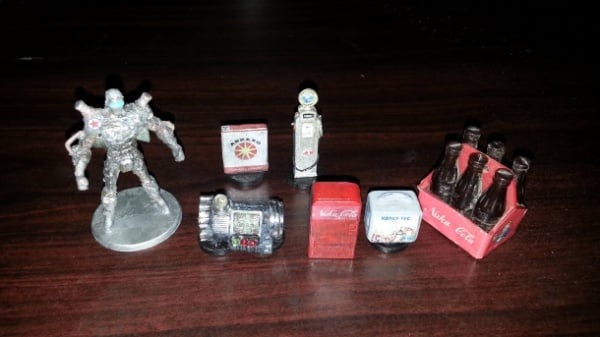 Even the ‘Chance’ and ‘Community’ cards weren’t left untouched, as Brandon created new Vault-Tec cards to add a number of twists and turns that a typical game of Monopoly wouldn’t normally have.But then again, there’s nothing typical about this game. 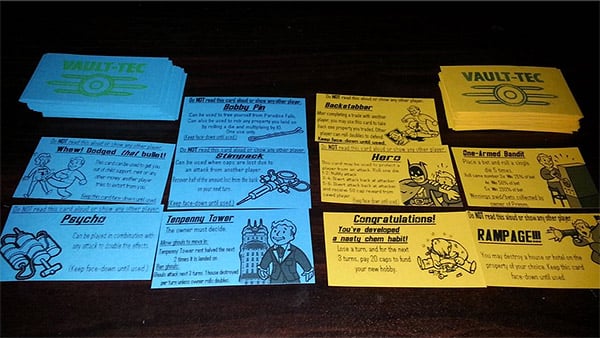 Obviously, Brandon’s wife loved it. She posted a comment on Reddit, saying: “This is the best present I have ever (and probably will ever) receive.” 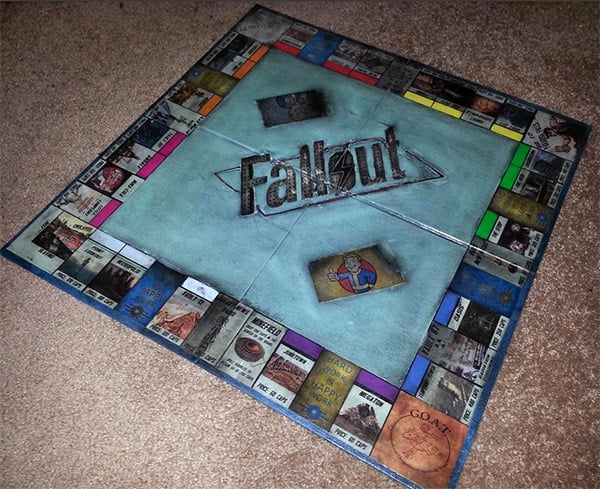 Guys, the bar has been raised yet again.