If you own a MacBook, then you’re probably thankful for its handy MagSafe, the magnetized power connector for your laptop’s charger. Not only does it make connecting the charger to your laptop insanely easy, it also detaches fairly easily. When you trip over the cord or yank it off forcefully, it won’t take your precious MacBook down with it. The Neo-Plug works just like the MagSafe, except it’s for mobile devices. 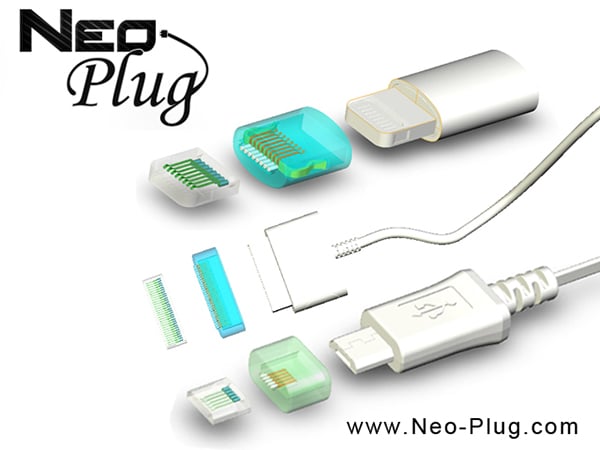 Invented by Jacob Brozek, the Neo-Plug takes its name from the neodymium magnets that connect its two parts together. Jacob’s design essentially divides the connector end of a charger or data cable into two parts. One end stays on the cable while the other end stays on the port of your mobile device. The magnets embedded on both halves connect the two parts effortlessly.

Brozek is seeking to raise $167,000(USD) on Kickstarter by May 8 to finish his product, but with such a good product I think he’ll raise more than that amount. As of now the Neo-Plug has three variants – micro-USB, 30-pin and Lightning. Pledge at least $30 and you get a Neo-Plug of your choice. You can also learn more about the Neo-Plug on its website.