The Empire had one last shot at destroying the Rebel Alliance, having built up an army of hundreds of thousands of ships and Destoyers with which to attack Rebel scum. Unfortunately for the Empire, the Alliance had discovered a rare species of Space Kraken. And, deciding that “Kraken” was a lame name, re-named their discovery the KR-KN, which is much more advanced piece of nomenclature.

Sending thousands of Ewoks to their unfortunate deaths on a series of suicide missions, the Alliance was eventually able to implant computers in the minds of the KR-KN that they had discovered, allowing them to control these beasts. 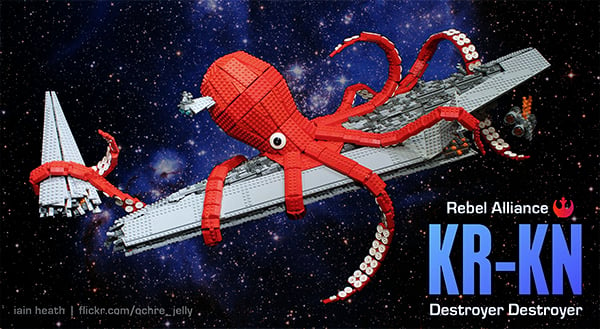 This incredible LEGO creation was built by Iain Heath, a master of building awesome stuff, and was originally shown off at the 2013 Emerald Comicon. It is now, however, at its permanent residence in Tableau Software, shown below. 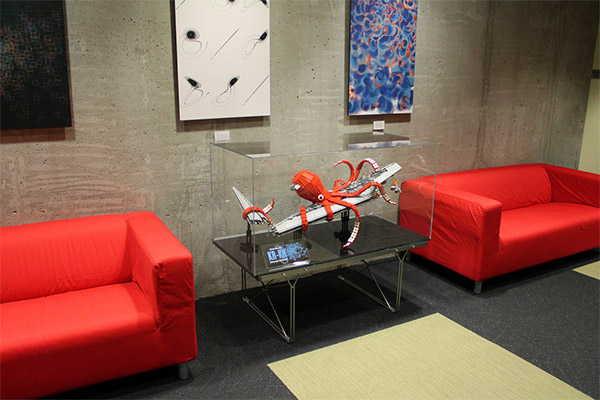 As you can see, the KR-KN Destroyer Destroyer was tactfully placed in front of the company’s “Tangled Sperm” masterpiece, which is juxtaposed with their “Floating Pieces of Goldfish” painting. Iain Heath originally created the piece because of the criticism that LEGO Destroyers were receiving for being big, gray, and boring. And, since Iain is such a logical man, he came to the conclusion that nothing adds a little spice to a work of art like a giant octopus. 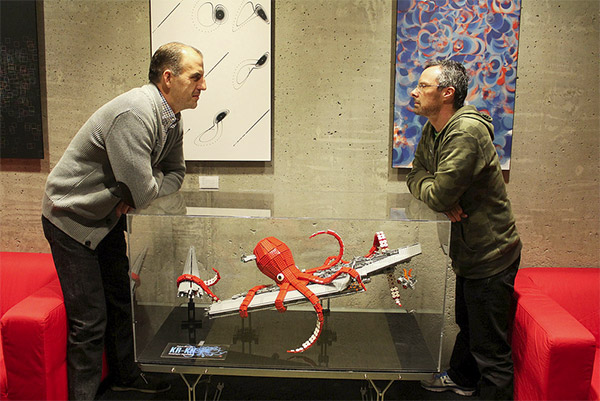 New video game idea: play as the KR-KN and float around in never-ending, randomly generated space maps until you find something, at which point you hit all of the buttons at the same time and wildly swing your eight limbs until you kill it. I would buy that game in a second, especially if they added some KR-KN on KR-KN action with customizable tentacle suction cups and such.

If you love giant octopi, you are probably an octophile or perhaps an octogenarian. You should also go take a look at these Octopus Chandeliers and these LEGO Star Wars Mosaics, which are awesome.

Jack Kieffer owns Cool Gizmo Toys, a site where geeks go to do awesome things and then pass out on my fancy futons.