Cooler Master has announced a new gaming keyboard that has those clicky mechanical keys that gamers know and love. Clicky keys are also favored by touch typists thanks to nice tactile feedback and the fact that the clicky clacking can drive your cubicle mates insane. The new gaming keyboard is called the QuickFire Stealth. 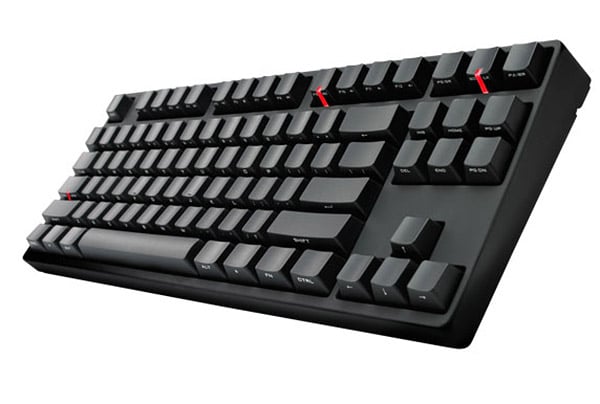 At first glance, it looks like one of those strange keyboards with no symbols on any of the keys. It actually has symbols on every key, only they’re on the front edge of the keys rather than the tops. That’s actually a pretty interesting idea because it means your fingers won’t be constantly rubbing against the letters and numbers so they’ll never wear off, but you can still tell which key is which. The mechanical switches also promise incredibly long life with over 50 million keystrokes guaranteed.