With all of the away missions that the Star Trek captains have been on, I’m surprised that none of them have been bitten by zombies. Well, that may not have happened on the shows, but now you can see what each captain would have looked like as the undead, thanks to these cookies. 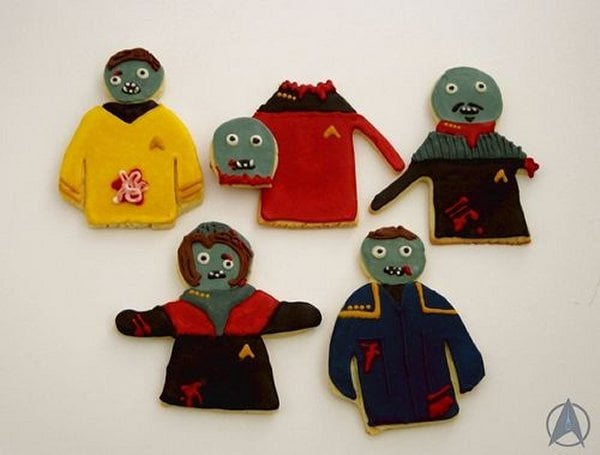 Here we have Kirk, Picard, Sisko, Janeway and Archer cookies all zombified and craving the brains of their crew. One can only imagine the panic that would take place on a Federation starship under siege by a zombie horde. 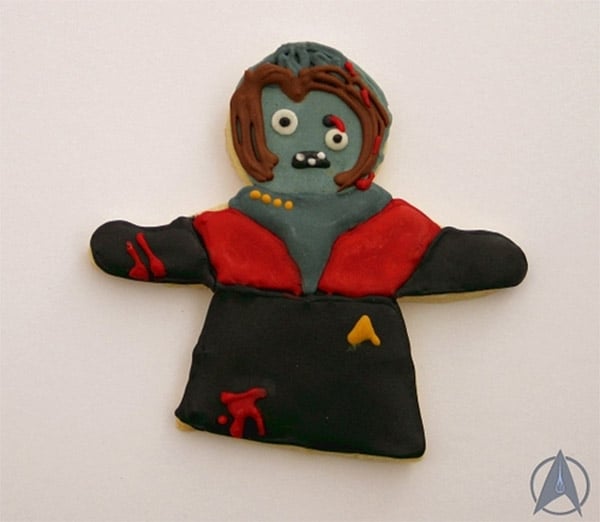 These awesomely horrifying cookies were made by the blogger behind Food Replicator, a Star Trek cuisine blog, last Halloween. I also love that they look kind of like South Park characters – and how Picard is holding his own head – it’s the zombie equivalent of the Facepalm.