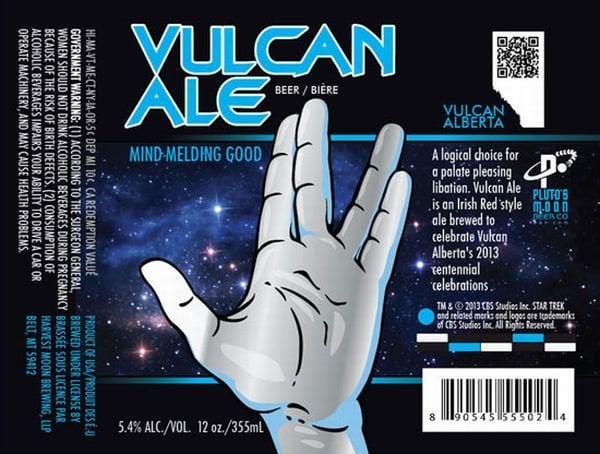 Sadly, Vulcan Ale will only be available in Canada, which is highly illogical. And that doesn’t make sense when it comes to a Vulcan Ale. I guess when cold Vulcan logic meets real-world human borders, there have to be some compromises.

The ale is a specialty brew created specifically for Vulcan Alberta’s 2013 centennial celebrations. Drink long and prosper. Always drink responsibly. Do not get intoxicated and drive a Starship.