You know that table top and dresser you’ve been meaning to throw out for the past couple of years now? Someone could actually use that. And those old clocks and broken chairs? Someone out there is willing to take them off your hands and fix it or salvage it for parts.

Helping you connect with that someone is Trashswag. 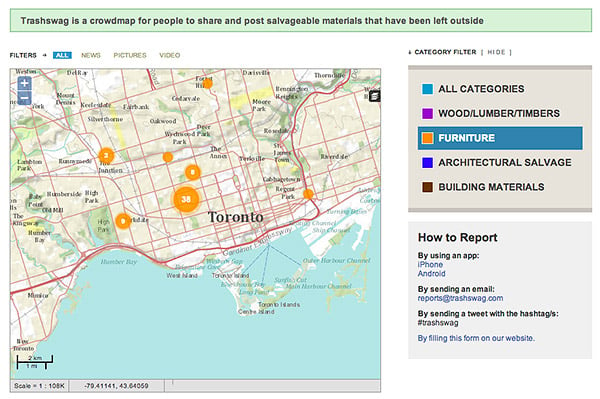 Trashswag is an web-based app that turns collecting and recycling trash into a social activity. The Toronto-based app lets users report stuff that they’re throwing out or have seen in the streets that have been thrown out by their neighbors. Users can snap pictures of the stuff they’ve seen so that others can gauge if they’re worth picking up or recycling. 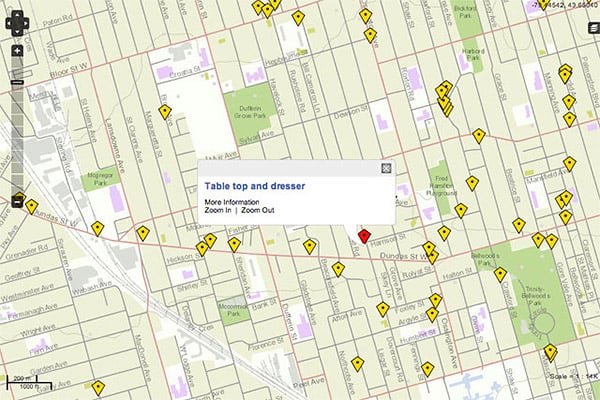 There are also a bunch of categories on the app like like furniture, wood/lumber/timber, building materials, architectural salvage or garage/yard sale to make browsing easier. 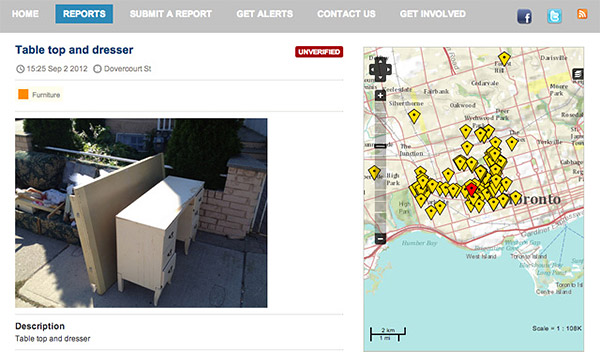 There’s no word on if or when Trashswag will come to other cities, but if you’re looking for junk on the streets of Toronto, check it out here.