For some reason – probably because they are all closet Doctor Who fans – Budweiser has decided to introduce a bow-tie shaped can. Drunks everywhere are suddenly feeling all classy. 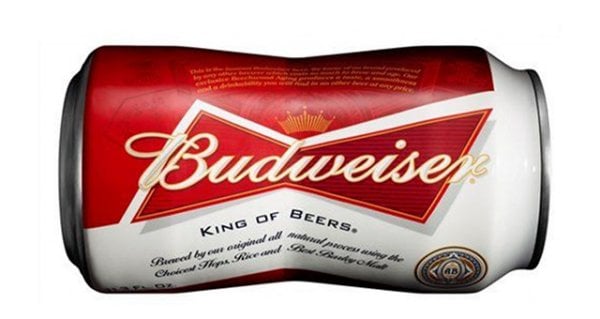 The company has been developing the can since 2010 and has made major equipment investments at its can-making facility in Newburgh to make the 16-step process to create the cans better.

But why make a weird shaped can and go through all of the trouble? Well, this new can holds 11.3 ounces of beer, compared with the traditional 12-ounce can. If enough suckers buy this they will probably eventually save millions by offering 0.7 ounces less for the same price. The company says the new can won’t replace the traditional Budweiser can, but I’m sure that if they have enough sales, they would love to sell you fewer ounces of beer.

The new bow tie cans will be available in a special 8-pack nationwide starting May 6.