I can always tell when my daughter is an art making mood. I don’t have to see her artwork to know she’s feeling artsy, I can look at her hands and tell when she’s been in the marker box. She always ends up with pink and orange swirls on her fingers and on the side of her hand. We also end up with Crayola wrappers everywhere and pieces of paper thrown all around. She typically makes a big mess but ends up with beautiful artwork.

If your kid likes to make a lot of artwork, but isn’t exactly neat about it you might want to check out a new product from Griffin called the Crayola Light Marker for iPad. 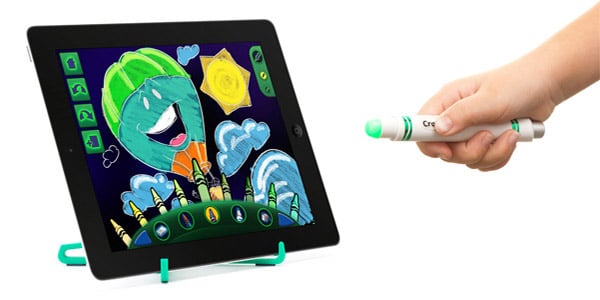 The device itself looks like your typical Crayola marker, only it has a glowing light on one end and works in conjunction with an application that runs on the iPad. Instead of drawing directly on the screen of your iPad, you draw in the air with the Light Marker. It uses the iPad’s front-facing camera to track the position of the marker. It also comes with a stand to hold the iPad in place at just the proper angle for drawing. 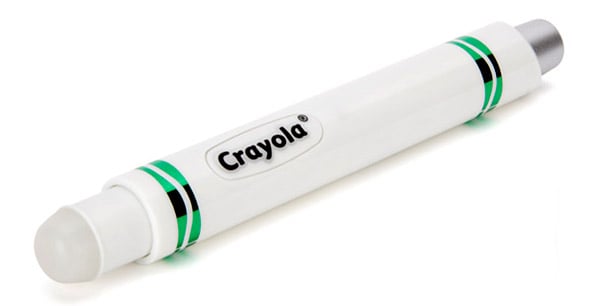 The app offers several different things the kids can do including a free draw where they can draw on the screen just like they would on a piece of paper with any color marker they want. The app also includes coloring pages, dot-to-dot pictures, and hide and seek pages to play with. The app is available on the app store at no cost and the Crayola Light Marker itself is available right now for $29.99(USD).