I’m a sucker for the warm orange glow of Nixie tubes. There’s just something just so retro-modern about the way they look – all I can think of is the technology in the movie Brazil. I just stumbled across a really cool Nixie tube clock which accents the tubes with modern LEDs, adding even more to the look. 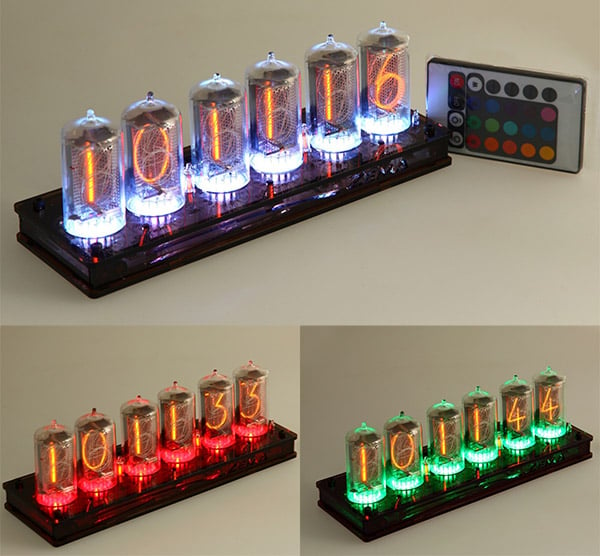 This six-digit Nixie clock has a RGB LEDs under the base of each Nixie vacuum tube, allowing it to change accent colors on demand. Just press the buttons in the included wireless remote to select your color, and the LEDs will adjust to your liking. The remote works like many other color-changing LEDs, letting you fade colors as well. Just keep in mind that the Nixie tubes will always have their distinct orange glow to them.

The clock offers 12/24-hour modes, the ability to change the digit cross-fade, and it can also display to date and work as an alarm clock. The whole thing looks really awesome when illuminated, using some of the best looking Nixie tubes I’ve seen as well. 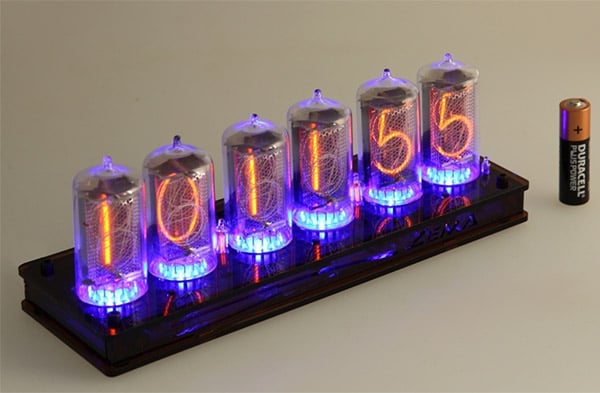 Unfortunately, all of these good looks don’t come cheap. The Nixie/LED clock retails for $599.99(USD) over on eBay. That said, there’s a cheaper version that comes with smaller Nixie tubes that I don’t think look quite as cool – but it sells for just $199.00. 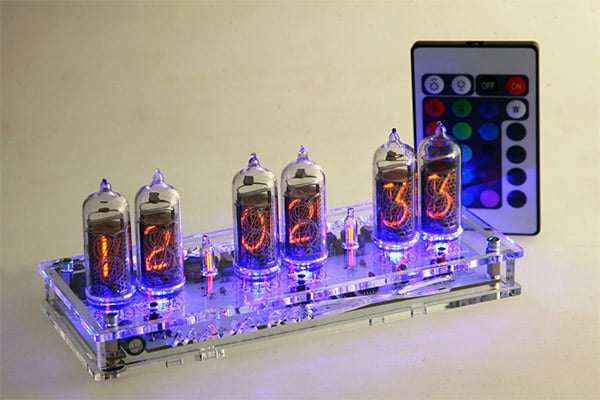