I have a feeling I’m not the only one who’s ever needed to move information to or from the iPhone and felt like Apple played some sort of cruel joke on us. Without a memory card slot or some sort of data transfer application, you can’t just move files back and forth easily. This is one of the big benefits of most Android phones in that they have a built-in memory card slot so you can just copy files to and from that card as you need to. 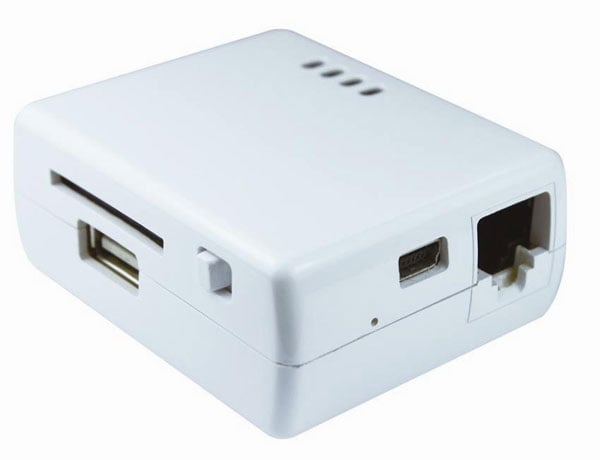 A company called Apotop has unveiled a new accessory aimed specifically at iPhone users that should make it very easy to move your data around. The product is called the DW-09 Wi-Reader and it has a built-in USB port and SD memory card slot. The device is designed to allow you to plug in an SD, SDHC or SDXC memory card or a flash drive. When using the companion application that runs on your iPhone or iPad, you can transfer data to and from that memory card wirelessly.

Powered by an internal rechargeable battery, the device can also be used with external USB hard drives as long as the drives are externally powered. Another cool thing about the Wi-Reader is that it supports content streaming for up to three users at the same time, and you can also use the DW09 as a Wi-Fi hotspot to connect wireless networks when traveling.

Pricing and availability for the Apotop DW09 have yet to be announced.