Can’t afford the sweet Kuratas mech? Maybe you can pass on your dream of riding a robot to your kid. Japanese company Sakakibara Kikai recently released a video showing an updated version of its Kid’s Walker machine. It looks a lot more toy-like now, but it’s also more menacing because it has a gigantic drill on its left limb, in case Junior wants to play some Bioshock IRL. 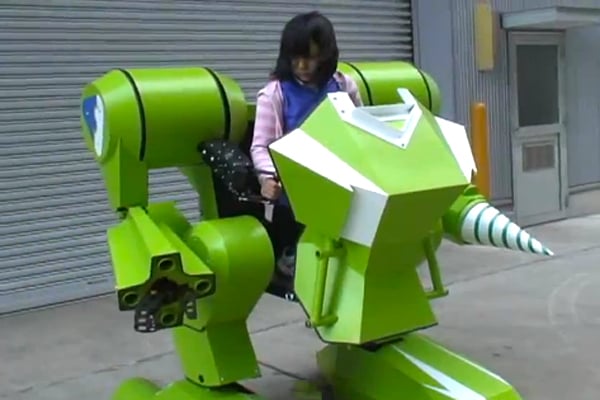 Check out a lucky kid testing the Kid’s Walker NT in the video below:

I’m not sure if the Kid’s Walker NT is already for sale, but if the price of the previous model is any indication you’ll need tens of thousands of dollars to earn the title of world’s best parent.

[via Gizmag via Relevant Magazine]