Aliens don’t stand a chance against Predators – especially if they’re riding on motorcycles. Though you might draw the attention of some traffic cops if you go speeding down the highway wearing this Predator motorcycle helmet. 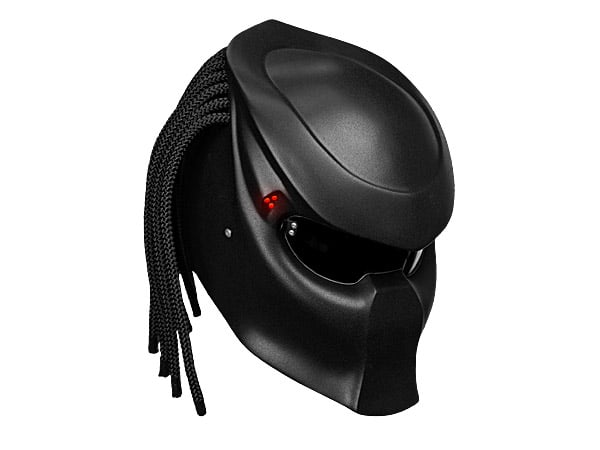 This awesome looking Predator helmet comes from Russia’s NLO MOTO, and will definitely keep other drivers out of your way when they see you coming. It’s made from fiberglass, carbon fiber and polycarbonate, and has three red LED dots mounted next to its removable, tinted visor.

It can be ordered in a variety of custom options if you don’t want the plain old black helmet shown above. It can even be ordered with a “laser-controlled aimer,” which emits three tiny laser beams which can be seen on a foggy day. There’s also an option for carbon spearheads on the dreadlocks, and some nasty looking Predator teeth. 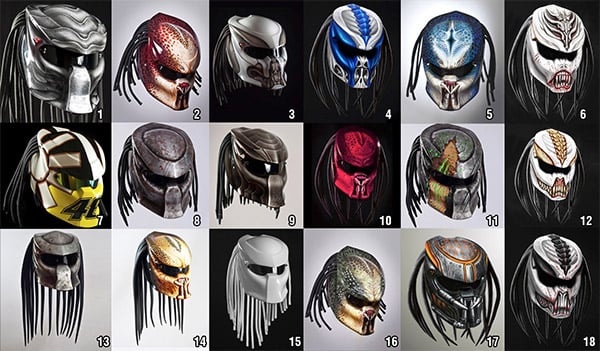 Prices for the Predator helmet start at $780(USD) and go up from there.

As the video above explains, the helmet has limited visibility, so it’s “not for noobies.” Also, collecting Alien skulls as trophies is not for noobies.